There has been a lot of focus on Lonna Barton and William Ruben Ebron after the disappearance of Lonzie Barton. Lonzie Barton is the toddler that has been missing since late June. He was reported missing by Ebron, Lonna Barton’s boyfriend. “Ebron, who was arrested the day the toddler went missing, had been in custody initially on charges of child neglect. Later, he was charged with giving false information to law enforcement after video surfaced that police suggest discredits his story about Lonzie’s disappearance.” The Jacksonville Sheriff’s Office is treating Lonzie Barton’s investigation as a murder case, although a body has not been found.

As for Lonna Barton, Lonize Barton’s mother, she was also arrested for child neglect and giving false information to police officers in Jacksonville. Her bond was set as $50,000, which she posted. If she used a bondsman, the person that bonded her out of jail likely paid 10% of the $50,000, which is $5,000. She was released from the Duval County Jail, but has now been picked up on new charges. First Coast News reported the story: 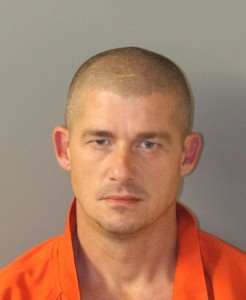 “Chris and Lonna Barton, the parents of missing toddler Lonzie Barton, were arrested on felony drug charges after selling drugs to undercover cops Tuesday and Wednesday, the Baker County Sheriff’s Office announced at a news conference late Wednesday night. The Bartons had been under surveillance by authorities for weeks, Sheriff Joey Dobson told reporters…. Both had been ‘under the eyes of narcotics investigators with the [Sheriff’s Office] for almost a month,” Dobson said…. ‘This is not about the Lonzie case,’ said the sheriff, who told reporters that the Jacksonville Sheriff’s Office had not been involved in the drug investigation…. Chris Aaron Barton, 42, Lonna Lauramore Barton, 25, and Shawn Clayton Hall, 32, face charges of sale of Molly — a club drug made of a variety of chemicals — within 1,000 feet of a specific location, possession of Molly and possession of drug paraphernalia, according to the Sheriff’s Office…. The report also revealed a confidential informant recorded on camera Lonna Barton injecting drugs using a syringe with her husbanding assisting…. At the request of the State Attorney’s Office, Chris and Lonna Barton underwent drug testing Wednesday at the Duval County Courthouse…. The couple had been in court discussing a custody plan for their 5-year-old daughter, who remains in the custody of her grandmother but is allowed supervised visits with her parents.”

What does this mean for Lonna Barton?

This new arrest in Baker County will likely cause her bond to be revoked in Duval County. When you bond out of jail, your criminal case is still pending. During this time period, you cannot violate the law. If you are arrested for a new law violation, your bond may be revoked in the pending case. Then, you will be held in jail with no bond.  You will remain in jail until your case has been resolved. I am assuming that Lonna is in the Baker County Jail. Even if she bonds out of jail in Baker County, the Duval County state attorney will likely file a motion to revoke her bond. Then, she will be held in Duval County.

What does this mean for the Lonzie Barton investigation?

It is obvious that people want to get out of jail. That’s why people hire a defense attorney. They want a bond reduction. They want to make a favorable plea deal. They want the charges dropped. In my experience as a Jacksonville criminal lawyer, co-defendants tend to talk to police when they are in custody. If they are going to talk to detectives, it is a good idea that they speak to their attorneys first and have their lawyers present during the questioning.

From what I have been reading in the local Jacksonville news, police believe that Lonna Barton and Ebron have been lying about what happened to Lonzie Barton. If the Jacksonville Sheriff’s Office believes that Ebron had something to do with Lonzie Barton’s disappearance and that Lonna Barton has information about this, they want that information. I have seen co-defendants “flip” and give information to the state attorney or detectives in an effort to receive leniency. I am not saying that this is going to happen with the Lonzie Barton investigation, but it is a possibility. This will depend on a variety of factors.