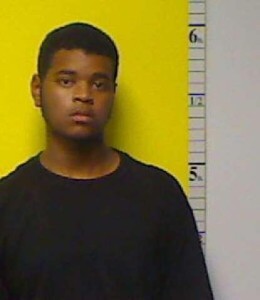 Two weeks ago, I wrote an article about a 15 and 16-year-old.  These teenagers were arrested after leading police on a high-speed chase through Putman, Clay, and St. Johns County (See Juveniles Arrested in Clay County After Fleeing From Police). They were suspects in the shooting death of a convenience store clerk in St. Augustine FL. A week prior to writing that article, I wrote another article about the Florida law used to direct file a juvenile case to adult court. Today, the St. Johns County State Attorney’s office announced that the 15-year-old that is accused of shooting the store clerk would be charged as an adult. Sergio Morgan-Wideman is only 15-years-old, but he will face several charges in St. Johns County, including one count for the murder of Malav Desai. Action News of Jacksonville reported the story:

The Jacksonville news article stated that Morgan-Wideman “faces life in prison.” I wanted to clarify this. Although Morgan-Wideman will be charged as an adult, he will not be automatically sentenced to life in prison if convicted of first-degree murder. This is different from adult sentencing. An automatic life sentence is considered cruel and unusual punishment when it comes to juveniles and would violate the 8th Amendment of the United States Constitution. In Miller v. Alabama, the United States Supreme Court banned mandatory life sentences for juveniles. The Florida Supreme Court has recently ruled on the issue of juvenile life sentences:

“The State Supreme Court unanimously ruled…. that all of Florida’s juvenile killers who received automatic sentences of life in prison must be resentenced under a law passed in 2014. The long-awaited ruling answers the question of whether the United States Supreme Court’s 2012 decision in Miller v. Alabama, which effectively banned automatic life sentences for juvenile killers.” (NY Times)

I believe that the 2014 Florida criminal law that is being referred to is Florida Statute Section 775.082 which states: