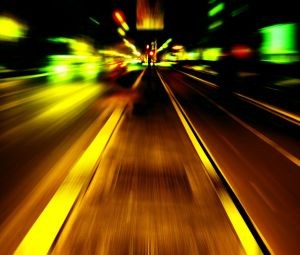 Arrested for fleeing and attempting to elude a police officer? How can this evidence be used against you?

I read an article today with the headline Deputies ID teens arrested after high-speed chase. Based on the title, I assumed that this was a Jacksonville fleeing and attempting to elude police case. I was partially correct. The story was about teens fleeing from law enforcement officers in St. Johns, Putnam, and Clay County FL. There was much more to the story than I expected from the title. The teenagers are accused of fleeing from police after shooting a store clerk. I will give the facts as set forth in the news story and then discuss the Florida law that applies to fleeing and attempting to elude a law enforcement officer. I will also discuss Florida case law about consciousness of guilt. If you have been accused of fleeing from police or resisting an officer after allegedly committing a crime, “consciousness of guilt” is a legal term that you may want know about. Here is a portion of the Jacksonville news story:

“Sergio Demario Morgan-Wideman, 15, was charged with misdemeanor resisting police without violence and felony grand theft auto. Andre Jerome Robinson Jr., 16, was charged with two felonies: fleeing and eluding law enforcement and grand theft auto…. Deputies believe the two are connected to the shooting death of a St. Augustine store clerk at Tobacco Express on Masters Drive. The clerk was shot in the head during an attempted robbery about 2 p.m. Tuesday. The suspects fled in a black Jeep Grand Cherokee and led police through St. Johns, Putnam and Clay counties before they were stopped on U.S. 17 by a deputy’s PIT maneuver. During the chase, a deputy deployed stop sticks at the intersection of U.S. 17 and JP Hall Boulevard…. Robinson swerved in and out of traffic while continuing north on U.S. 17 at more than 100 mph. The jeep missed spike strips that had been deployed in the 4200 block of U.S. 17 and in the 1400 block of Orange Avenue.”

Under Florida Statute Section 316.1935, fleeing and attempting to elude is a felony. The degree varies from a first to a third degree felony. These two juveniles are looking at much more serious charges, such as murder.  But for the purpose of this article, I am only focusing on the fact that they led police on a high-speed chase, so I can discuss fleeing and attempting to elude and how the charge can be used against you to prove the underlying criminal offense.  Section 316.1935 states:

Let’s take this Florida criminal law and apply it to the news story about the St Augustine homicide and Clay County police chase. Based on the way the article described the chase, I believe that the chase would be classed as a second-degree felony. It appears that the driver is accused of driving as a high rate of speed and in a manner that disregards the safety of others. You may be thinking, this 2nd degree felony is the least of the defendant’s worries. It looks like they boys will be facing murder charges. If that is the case, the St Johns County State Attorney’s Office may choose to take the case out of juvenile court and direct file it in adult court. So why would the defendant be concerned with a fleeing charge having a pending murder charge? In Florida, evidence of fleeing and attempting to elude an officer may be used against a defendant to show consciousness of guilt. Basically, the fact that you tried to get away from the police is used to show that you did something wrong. The prosecutor can argue that the defendants committed the murder, they knew they did something wrong, so they ran from police to get away. When is evidence admissible to show consciousness of guilt?  Florida courts have held:

“The law is well settled that ‘[w]hen a suspected person in any manner attempts to escape or evade a threatened prosecution by flight, concealment, resistance to lawful arrest, or other indications after the fact of a desire to evade prosecution, such fact is admissible, being relevant to the consciousness of guilt which may be inferred from such circumstance.’ Straight v. State, 397 So.2d 903, 908 (Fla.1981). However, we have held that in order to admit this evidence, there must be a nexus between the flight, concealment, or resistance to lawful arrest and the crime for which the defendant is being tried in that specific case. See Escobar v. State, 699 So.2d 988 (Fla.1997).” Huggins v. State, 889 So. 2d 743, 755 (Fla. 2004)

Huggins v. State is an interesting example to use because the facts. The Florida prosecutor wanted to present evidence at trial that the defendant shaved his pubic hairs off after the court ordered that the hairs be collected for evidence. The court permitted the state attorney to submit this information to the jury to show consciousness of guilt. The court found that the “facts provide a sufficient nexus upon which the trial court could base its exercise of discretion in admitting this evidence. Furthermore, [the court noted] that Huggins’ explanation regarding jail conditions and crab lice went to the weight of the evidence, rather than its admissibility.”