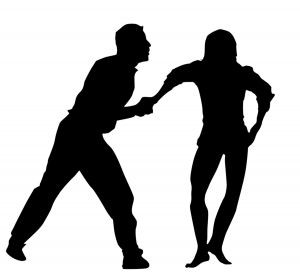 Can you seal or expunge a domestic battery arrest in Florida?

Were you arrested for domestic battery in Jacksonville? Were your charges dropped? If so, you may be wondering why these charges appear on your criminal record in Jacksonville? An arrest creates a record. When you were arrested for domestic battery as an adult, this created a public record. Even though the charges were dropped, that public record is still in tact. The record should show the arrest and that the state attorney dropped the case against you. Most people do not want others to know about the domestic battery arrest. Most people do not want this criminal charge to show up when an employer runs a background check. Even if the record correctly shows that the charges were dropped, you still do not want people knowing that you were arrested in the first place.

What can you do about this? How can you erase this Jacksonville battery arrest from your criminal record? You may be asking yourself, Can I expunge my Florida criminal record? You may be able to expunge your Florida record. There are variety of factors that need to be considered to see if you are eligible. One of the main reasons that a person is denied a domestic battery record expunction is due to the way the person handled the case. Some people do not hire a Jacksonville criminal lawyer and enter a plea of guilty or no contest to the charge in first appearance court. Quite often, they do this to get out of jail. They go through an intense probation sentence that includes the 6 month batter’s intervention program among other fines and fees. Compared to other misdemeanor probations, the standard domestic battery probation is very long, expensive and tedious. If you do not complete the terms on time, you could be facing a jail sentence if you violate your probation in Jacksonville.

If you pleaded guilty or no contest to the charge of domestic battery, the law will not allow you to expunge your Florida criminal record. The law that applies to this situation is Florida Statute Section 943.0585. Section 943.0585 states (in part):

What is important to take away from this paragraph is the portion that prohibits the sealing or expunging of a Florida criminal record for domestic battery when the person entered a plea of guilty or no contest. Domestic battery is one of the criminal charges listed in Section 907.041. The law listed above does not allow the expunging of a Florida criminal history that shows that a person pleaded guilty or nolo contendere to a charged listed in Section 907.041, which includes domestic battery. This is true even if the judge withheld adjudication and you were not convicted of the crime.

In many cases, a defendant may be able to seal a Florida criminal record so long as adjudication was withheld. The problem occurs when a person enters into a plea agreement for one of the enumerate offenses in Section 907.041. Here is an example that will help explain:

Lisa was at a bar in Jacksonville Beach FL. After getting into an altercation with another woman, Lisa punches the woman. A police officer witnessed the event, and she was arrested for simple battery. Lisa spent the night in jail. She pleaded no contest to the charge, and adjudication was withheld. She paid her court costs. She hired a Jacksonville criminal attorney to seal her record. Her attorney was able to seal her record. Let’s change the facts slightly. Lisa and her husband, John, were arguing in their front yard in Atlantic Beach FL. Lisa hit her husband. A neighbor that was watching called the police. Lisa was arrested for domestic battery and went to jail. Lisa pleaded no contest and was sentenced to probation. The judge withheld adjudication, so she was not convicted of domestic battery. Lisa’s lawyer cannot seal her record.

There is a way to change the example with Lisa and John that would permit Lisa to be eligible for a record expunction under Florida law. What if Lisa never pleaded no contest to domestic battery. Instead, Lisa’s Jacksonville criminal lawyer fights the domestic battery allegations. The charges are dropped. Lisa may be able to expunge her record.

When it comes to expunging or sealing a criminal record, a Jacksonville lawyer with experience can help. There are different variables and steps involved in finalizing the process. To speak with a Jacksonville attorney about sealing or expunging your record, call (904) 564-2525.