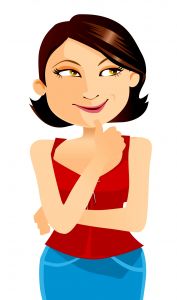 Should I Hire a Lawyer?

Were you arrested for domestic battery in Florida?  Were you given a citation for petty theft in Jacksonville?  Are you facing charges for possession of less than 20 grams of marijuana in St. Johns County?  Did you receive a Florida traffic ticket for knowingly driving on a suspended license in Clay County?  Did a police officer give your son or daughter a notice to appear for minor in possession of alcohol in Duval County?  If so, you may be wondering if you need to hire a Jacksonville criminal lawyer to represent you or your loved one in court.

Jacksonville criminal attorneys know the law and criminal procedures.  They know how to defend you and the avenues to take to help you out of this predicament.  You may think that a misdemeanor is a minor offense, but it is not.  A misdemeanor will show up on a Florida background check.  A misdemeanor may also result in a Florida drivers license suspension.  As a Jacksonville criminal lawyer, I have seen incidents in which people failed to hire an attorney to help them achieve the best possible results in criminal cases.  Here are just a few examples of problems that I have experienced: