First Coast News of Jacksonville reported a story about a group of teenagers that are suspected of stealing two vehicles in Jacksonville.  According to the news story: 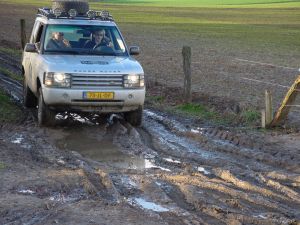 “Five teens were detained by JSO in connection to two stolen cars in north side Jacksonville on Sunday, officers confirm. FCN’s Mike Lyons reports that the police told him a white Range Rover and a black Chevrolet Tahoe were reported missing three days ago on February 19. Earlier this afternoon, the police got a call about the Range Rover in question and traced the tags. When police pulled the vehicle over on Bristol Avenue and Waynesboro in north side Jacksonville, five teens got out and ran. Police said they threw firearms over a park fence near where they were pulled over. They assume the firearms were inside the vehicle, but that information has not been confirmed, JSO said. Officers report catching two girls and three boys, all adolescents.”

The news report only states that the teenagers were detained.  It does not state whether or not the children were given a court date or if they will be facing charges in Jacksonville juvenile delinquent court.  They may be facing Jacksonville grand theft auto charges for the stolen vehicle.  The Florida theft law is Section 812.014.  In regards to grand theft auto, this law states:

In the Jacksonville juvenile criminal case reported above, all of the children may not be charged with grand theft auto.  There is a possibility that not all of the teenagers in the vehicle had anything to do with the theft of the Range Rover.  The news story does mention that the teens had firearms and disposed of them.  Depending on the facts of the case, they may be charged with a firearms violation.  Florida Statute Section 790.22(3) governs minors in possession of guns.  This Florida firearms law states: