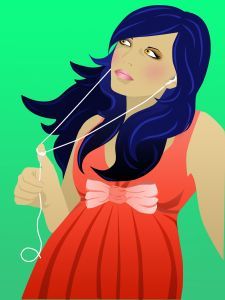 Jacksonville juvenile criminal cases may be dismissed due to insufficient evidence. In order to prove a Jacksonville theft case, the state attorney must present evidence sufficient enough to sustain a conviction in Jacksonville juvenile delinquency court. Often times, there is enough evidence for the state to overcome a motion for judgment of dismissal. Sometimes, there is not, and the defendant’s motion for judgment of dismissal is granted. The Florida Fifth District Court of Appeals recently released an opinion for a Florida juvenile criminal case that was dismissed due to insufficient evidence. In CB v. State, the defendant child appealed “an order withholding adjudication of delinquency and placing him on probation for the offense of petit theft.” In his appeal, he alleged “that the trial court erred in denying his motion for judgment of dismissal based upon insufficient evidence.” The appeals court agreed and stated:

“This was a circumstantial evidence case involving the theft of an iPod. The only evidence linking C.B. to the offense was one witness’s testimony that while she was in the classroom where the iPod went missing, she observed, ‘out of the corner of [her] eye,’ C.B. pass an object to the person ultimately found to possess the stolen iPod. However, the witness admitted that she could not identify the object. Even viewed in the light most favorable to the State, this evidence is insufficient to sustain a conviction. The trial court should have granted the dismissal motion.”

The Florida appellate court referred to another Florida juvenile criminal case in support of its decision. In J.B. v. State, the Florida Fourth District Court of Appeals decided a case with the following facts:

“Appellant, J.B., was charged with petit theft of ‘fashion jewelry’ from JCPenney, in violation of section 812.014(1)(a) and (3)(a), Florida Statutes (2011). At the trial on the charge, the state notified the court that neither the store manager nor the store security officer, who allegedly witnessed the theft, was available to testify, as they no longer worked for the store. The state then called the arresting officer, who testified that he had been called to the store to investigate a shoplifting incident involving a girl taking a bracelet. He arrested J.B. based on an affidavit from the unavailable store security officer. The arresting officer had not personally witnessed the theft. A current security officer at JCPenney testified, over a hearsay objection, that the absent security officer told him that J.B. had put a bracelet on her wrist and left the store. The testifying officer went with his co-worker to approach J.B., who was standing just outside the store. They took her to a back office and called their manager. There, they filled out a form for J.B. to sign which was an ‘acknowledgment of guilt.’ When the state moved to introduce the form, J.B. objected on the grounds of corpus delicti. She argued that there was no evidence, other than hearsay, of the crime of theft, because neither the arresting officer nor the testifying store security officer had seen the theft. The court denied the motion. On cross-examination, the store security officer admitted that the acknowledgment of guilt form was not signed by J.B. but only by his co-worker, the absent store security officer. Furthermore, he could not recall exactly what occurred in the filling out of the acknowledgment form.” J.B. v. State, 39 Fla. L. Weekly D487 (Fla. 4th DCA Mar. 5, 2014)

“In this case, the state argues there was circumstantial evidence of a theft because J.B. was seen outside the JCPenney entrance while wearing a bracelet currently being sold in the store. Yet this is insufficient to prove, even circumstantially, that a theft had occurred, because this evidence is equally consistent with a theory that J.B. had previously purchased the bracelet from JCPenney (or received it as a gift), making it her property…. It does not tend to prove that J.B., or anyone else, had taken the bracelet with the required intent…. Neither the store security officer who allegedly observed J.B. take the property, nor the store’s manager, who could have documented with store records that the bracelet had not been paid for, testified at trial. Because there was no direct or circumstantial evidence, besides inadmissible hearsay, to prove the corpus delicti of theft, the trial court erred in admitting J.B.’s written confession. Without the hearsay evidence or J.B.’s confession, the state failed to prove its case. We therefore reverse and remand for the trial court to dismiss the petit theft charge.” J.B. v. State, 39 Fla. L. Weekly D487 (Fla. 4th DCA Mar. 5, 2014)