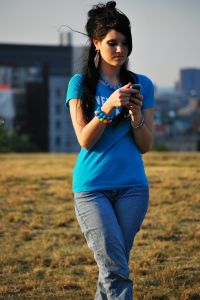 A detective wants to talk to your minor child about the possibility that he or she sent nude pictures to another boy or girl from school. The police officer wants to see his or her cellular telephone. Something does not feel right. If this occurs, you and your child can speak with a Jacksonville criminal lawyer.   There is nothing wrong with speaking with a lawyer. There is nothing wrong with hiring an attorney to speak to the detectives or to represent you or your child during the questioning. Contact a Jacksonville criminal attorney by calling (904) 564-2525.

Is Sexting Illegal in Jacksonville Florida? Florida’s Sexting law is Section 847.0141. This is a newer Florida law that went into effect on May 8, 2012. This law applies to minors sexting with one another. This law makes sexting a noncriminal violation for the first offense. A second offense is a misdemeanor. A third offense is a felony.

(1) A minor commits the offense of sexting if he or she knowingly:

1. The minor did not solicit the photograph or video.

2. The minor took reasonable steps to report the photograph or video to the minor’s legal guardian or to a school or law enforcement official.

3. The minor did not transmit or distribute the photograph or video to a third party.

(b) Commits a misdemeanor of the first degree for a violation that occurs after being found to have committed a noncriminal violation for sexting, punishable as provided in s. 775.082 or s. 775.083.