After the George Zimmerman’s acquittal, Florida’s self-defense laws have been discussed and scrutinized in the media.  We have seen other cases across the nation where shooters have claimed self-defense, such as the Michael Brown shooting in Missouri.  Just last month, Michael Dunn was sentenced to life in Florida State Prison for the first-degree murder of Jordan Davis.  Dunn argued that he acted in self-defense in Jacksonville FL, but the jury disagreed and found him guilty.  Last summer, a shooting occurred at a popular Jacksonville Beach restaurant.  An arrest was not made at the time of the shooting, and it appears that one will not be made.  The Duval County State Attorney has reviewed the case and determined that the homicide was justified on the basis of self-defense.  Last Friday, the Duval County State Attorney, Angela Corey, held a press conference about the decision.  First Coast News in Jacksonville reported: 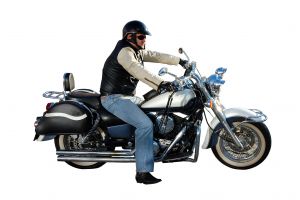 “The State Attorney’s Office announced Friday that there would be no charges filed in connection with the shooting death of a Fernandina Beach man at a popular Jacksonville Beach restaurant. Zachariah J. Tipton, 40, died on a service road outside of Nippers Beach Grille on Beach Boulevard in June. State Attorney Angela Corey said in a press conference Friday that Kristopher Stone was man behind the trigger of the gun that killed Tipton, but Stone will not face charges because he was defending himself against an attack. Corey says the attack against Stone was pre-planned. Stone is an Army Combat Medic with no prior record. He is a recruit in the Iron Order motorcycle clue, according to the SAO. Tipton was a member of the Black Pistons motorcycle club. Corey said the law lets someone facing imminent death to protect his or her life, and said that’s what happened in this case.”

In this Florida self-defense case, there was video evidence.  This evidence was factored into the state attorney’s decision making.  According to the state attorney, the video shows that there was “a planned confrontation with members from the Black Pistons coming at Kristopher Stone from the front and back…. The video then shows Tipton punching Stone in the back of the head from behind as Stone is talking to another Black Piston member in front of him. The other two members then join the attack and punch and kick Stone on the ground for about 10 seconds…. Stone then pulled out a gun and fired four shots at Tipton, according to witness testimony. One of the bullets struck Tipton in the head.”

The Duval County State Attorney also found other evidence that may also have contributed to the decision to decline to prosecute this case due to self-defense.  “Investigators say Tipton was found with two full clips of bullets, three pocket knives and a nylon gun holder. Investigators believe that one of the Black Piston members may have taken Tipton’s gun away from the scene after he was shot.”

When a Jacksonville criminal lawyer is analyzing a self-defense case, he or she looks at all of the evidence to determine if self-defense was reasonable in the case.  One of the things that the Jacksonville lawyer will factor in is injury to the defendant.  In this case, “Stone suffered a broken nose and several cuts on his face. Stone told police that as a combat medic he knows that someone can die from being kicked in the face, so he fired his to protect his life.”  This goes towards the shooter’s argument that he feared that death or serious bodily injury was imminent.  It is likely that the state attorney factored in the evidence and the injuries, along with witnesses’ statements and their recollection of the events, in order to make a decision.