As a Jacksonville juvenile lawyer, I have represented minors accused of crimes in Clay, St. Johns, and Duval County FL. These crimes occurred in a variety of places. Most Jacksonville petit theft cases occurred at shopping centers or malls. There were Jacksonville grand theft and burglary cases that took place at a friend or neighbor’s house. I have also seen high-school students at parties end up in trouble for minor in possession of alcohol.

Children may also be arrested for unlawful activity at school. For instance, if two children engage in a planned fight at school, they could be arrested for fighting or affray in Jacksonville. If a teenager brings marijuana to school, he or she could be arrested for possession of cannabis. Actions that may have been once punished by only school discipline are now settled in the criminal justice system. The Wall Street Journal released an excellent article last month titled For More Teens, Arrests By Police Replace School Discipline. The article pointed out: 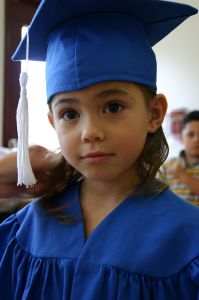 Graduation is the goal. A bump in the road should not stop this.

“Over the past 20 years, prompted by changing police tactics and a zero-tolerance attitude toward small crimes, authorities have made more than a quarter of a billion arrests, the Federal Bureau of Investigation estimates. Nearly one out of every three American adults are on file in the FBI’s master criminal database. This arrest wave, in many ways, starts at school. Concern by parents and school officials over drug use and a spate of shootings prompted a rapid buildup of police officers on campus and led to school administrators referring minor infractions to local authorities. That has turned traditional school discipline, memorialized in Hollywood coming-of-age movies such as ‘The Breakfast Club,’ into something that looks more like the adult criminal-justice system. At school, talking back or disrupting class can be called disorderly conduct, and a fight can lead to assault and battery charges, said Judith Browne Dianis, executive director of the Advancement Project, a national civil-rights group examining discipline procedures around the country. Some of these encounters with police lead to criminal records—different laws for juveniles apply across states and municipalities, and some jurisdictions treat children as young as 16 as adults.”

The article discussed a Florida juvenile case that occurred at a school in Bartow. A teenage girl and honor student, Kiera Wilmont, was arrested after her science project went wrong. The WSJ reported:

“According to the police report, she was on school grounds outside the classroom trying out an experiment that hadn’t been authorized by her teacher. Ms. Wilmot, now 18, said she put a piece of aluminum inside a bottle with two ounces of toilet cleaner to see what would happen. The teen’s mother said she was trying to simulate a volcanic eruption. ‘It popped,’ blowing the top off the bottle, she said. She was handcuffed by the school-resource office, escorted out of the Bartow, Fla., school and taken to a juvenile facility where she was charged with possessing or discharging firearms or weapons at school and making, throwing, possessing, projecting, placing or discharging a destructive device. Amid a flurry of news coverage, the charges were dropped, but the arrest record remained. Ms. Wilmot’s mother, Marie, said the Florida Department of Law Enforcement declined to expunge the record. A second attempt, this time as an adult, was approved last week by a judge, who ordered her records sealed, Marie Wilmot said.”

A juvenile arrest is something that is hard for a child to go through. The child feels embarrassed and confused. I would imagine that this is even worse when a child is arrested at school, in front of his or her friends. When this occurs, it is important to make sure that the child has good representation in court and is also able to talk about any problems with his or her parents. Just because a child is arrested, it does not mean that he or she is a criminal. The child may not be guilty. The child may have a defense. They child may have made a mistake or a bad choice, as we all have.