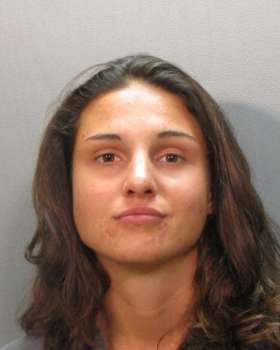 An article entitled Atlantic Beach pit bull saga escalates with arrest of woman stated that Babillis was “accused of verbally harassing Cole, 34, after a judge ordered her to avoid all contact with her neighbor of more than two years.”  Violation of an injunction is not the only charge that Babillis is facing.  Babillis was also searched yesterday.  I do not know when the search occurred, but as a Jacksonville criminal lawyer, I would assume that it was a search incident to an arrest.  When police arrest someone, they conduct a pat down or search as part of the arrest.  When Babillis was searched, police found marijuana in a pill bottle and a glass pipe.  She was also charged with Jacksonville possession of cannabis due to the marijuana.  She was charged with Jacksonville drug paraphernalia possession for the glass pipe.  Babillis went to first appearance court this morning, and the Duval County judge set a bond of $15,000.

The Florida Times Union Article reported that Cole has called the police serveral times about the problems she had been having with Babillis.  The article stated:

“Cole reported her run-in with Babiliss Tuesday, two days after she told police Babillis flipped her off. A judge issued a warrant Wednesday.  Cole has complained repeatedly to police about Babillis and the dogs, which were reported moved weeks ago. Babillis has also accused Cole of harassment, and the two took turns criticizing each other in a city commission meeting.  Police also issued a civil citation to Babillis Wednesday after they said she refused to say where the three dogs were being kept following her promise to city officials and a judge they were being moved.  The owners of dogs deemed dangerous by the city ordinance must tell authorities if they are moved so their counterparts in the new jurisdiction can be notified, city officials said. Babillis’ neighbors have said they’ve seen no sign of the three dogs, but have spotted two others on the property.  Records show the trouble began in 2009, though authorities documented many of the complaints last year. The complaints ranged from the dogs running loose to them charging people, leading police Chief Michael Classey to deem the dogs a public nuisance and dangerous. Babillis’s mother is appealing.”

Babillis is being charged with misdemeanors, but her case must be taken seriously.  This incident may result in the judge issuing a permanent injunction.  The state attorney assigned to the case will likely review all of the pending cases and past cases when deciding how to proceed with this case.  The criminal judge will do the same.  Babillis already “pleaded no contest to a handful of civil citations involving the dogs and is set to appear in court next week to face fines. The judge has warned Babillis that any more trouble would sway his decision on the penalty.”  Babillis may already have an attorney for her cases.  If not, she needs to speak with a Jacksonville lawyer about her injunction, civil cases, and criminal cases.  A Jacksonville criminal attorney will be able to help her build a defense to this case.  We cannot assume Babillis is guilty, because we have not heard her side of the story.