Edible Marijuana and Legalization of Cannabis

Last week, “an Atlantic Beach man was arrested after a traffic stop unearthed a large amount of various drugs in his vehicle.” Among other illegal substances, police found what appeared to be candy made from marijuana. With Halloween around the corner, this causes concern for parents in Atlantic Beach and Jacksonville FL. 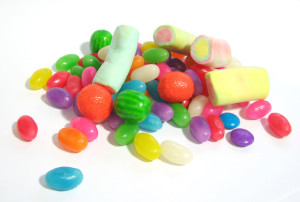 Man arrested in Atlantic Beach for pot candy. What charges will he be facing?

“An Atlantic Beach police officer witnessed a man run a red light on Mayport Road just after 9:30 p.m. and pulled David Haddad, 33, over. During the traffic stop, the officer reported Haddad stared at him blankly and sweating heavily. It took Haddad some time to find his license after the officer asked for it, and Haddad failed to find his insurance or registration. The officer asked Haddad to wait and went back to his cruiser, the arrest report said. The officer radioed for backup and ran Haddad’s information, learning that the suspect had been previously arrested five times for drug-related offenses. The officer then asked for a K9 unit as well…. Haddad denied consent for a search of his vehicle when the K9 unit showed up, but officers had the police dog conduct an open-air sniff near the vehicle.”

1.  “A large bag containing 26 smaller bags filled with ‘Shatter Gummies’ each containing 75 mg THC each;
2. One gram of marijuana in a cigarette wrapping;
3. Five small, separately packaged plastic bags containing a total of 6.1 grams of cocaine;
4. A wax paper covered in a sticky/brown substance that smelled of marijuana;
5. 6 grams of separately packaged ‘Chocolate Peanut Butter Darkness’ containing 100 mg THC each;
6. A large clear back containing 437.12 grams of illegal mushrooms;
7. Small candies in the bottom of a backpack weighing 239.5 grams;
8. A total of 219.4 grams of marijuana lollipops;
9. Another bag of cocaine weighing 1 gram;
10. A strip of plastic with small white sheets – LSD – weighing 1.462 grams;
11. A metal pipe in two pieces.”

According to the Jacksonville Sheriff’s Office, Haddad was booked at the Duval County Jail on the following drug charges:

Haddad is currently being held at the Duval County Jail on a bond of $245,018. Police claim that Haddad “denied owning the backpack and said the candies were given to him by a stripper. He denied knowing what the items police found in the backpack were…. they also confiscated $416 in cash from him.”

Based on the charges and the fact that Haddad appears to have a significant criminal record (according to the article), Haddad is likely facing time in the Florida State Prison. His Jacksonville criminal lawyer will look into all of his possible defenses. As a Jacksonville criminal attorney, the vehicle search stands out to me. I do not have all of the facts. I only have an article, but I believe that it is certainly worth looking into. I would like to know how long Haddad was detained prior to the drug dogs arriving at the scene. He was only being detained for minor traffic violations. He should not have needed to remain at the scene any longer than it takes to address theses issues. If he was, his right against unlawful searches and seizures may have been violated. If this is the case, he may have a successful motion to suppress the drugs that were found as a result of the violation. This is something that his Jacksonville lawyer will likely investigate further in discovery and depositions.

How to Measure Weight of Marijuana Edibles

As for the marijuana candy, there is something that I should note. While it may not apply in Haddad’s case, it could apply in other Jacksonville cases involving marijuana arrests for edibles. As I stated above, when it comes to Florida possession of marijuana charges, you may be charged with a felony or misdemeanor depending on the amount. If you are in possession of less than 20 grams of cannabis, this is a misdemeanor. If you have 20 grams or more of marijuana, this is a felony. You may charged under the Florida cannabis trafficking law if you possess more than 25 pounds of marijuana. Trafficking in marijuana carries a minimum mandatory sentence. Let’s say that you have 30 pounds in marijuana edibles, such as pot brownies. You may not fulfill the criteria needed for trafficking in marijuana. The reason for this is because there are other ingredients in pot brownies used to achieve the weight. The marijuana used is less than 25 pounds, which is the trafficking threshold.

For instance, a south Florida man was arrested for trafficking marijuana due the fact that police found 437 “Wake Bake Crispy Treats” in his house. While the baked treats weighed more than 25 pounds, the cannabis “was minimal compared to the other ingredients of cereal, butter, marshmallows and sugar…. The pot fell far below the 25-pound mark needed to support a felony charge of marijuana trafficking.” (Miami Herald) Albert Duran still faced other Florida drug charges for “possession of marijuana with intent to sell, possession of drug paraphernalia and maintaining a home with intent to manufacture narcotics.” It appears that he entered a plea or guilty or no contest to two felony drug possession counts and a misdemeanor possession of drug paraphernalia count.