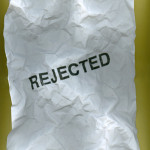 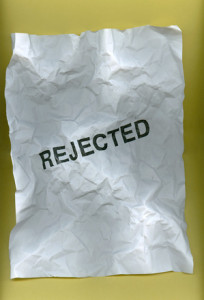 A denial of your motion is like a rejection of your request. Can a court reject your request to seal or expunge your FL record? Yes, but with limits.

For example, if your Jacksonville criminal attorney has petitioned the court to expunge your record, there may be an instance when a hearing is required. After listening to your lawyer’s position along with the state attorney’s argument, the court will make a ruling. The court will decide whether or not to grant or deny your motion to expunge the record. If the court denies your motion, it must do so within the confines of the law. Your Jacksonville criminal lawyer will be in a better position to explain this to you and prepare you for the hearing.

There have been several Florida appellate cases in which an appeals court reversed the lower court’s denial of a petition to seal or expunge a criminal record. In some of these cases, the court denied the petitioner’s motion without a valid reason. Here is a case from 2012 that serves as a good example.  In Shanks v. State, the First District Court of Appeals reversed the lower court’s decision to deny Shank’s petition to seal his criminal history. It is important to note that the First DCA is the appeals court for the Jacksonville area, including Duval, Nassau, and Clay County FL. The facts of Shanks v. State are as follows:

“Mr. Shanks had entered a plea of nolo contendere to a charge of possession of cocaine, in violation of section 893.13(6)(a), Florida Statutes (2009). The trial court withheld adjudication of guilt and sentenced him to twelve months’ drug offender probation with the special condition that he complete a six-month recovery program. Upon request of his probation officer, Mr. Shanks’ probation was terminated early. He then filed his petition to expunge or seal, which meets all rule and statutory criteria.” Shanks v. State, 82 So. 3d 1226, 1226-27 (Fla. 1st DCA 2012).

The Florida First District Court of Appeals quoted the law that applied from an older Florida appellate case:

“‘[O]nce an applicant satisfies the criteria set forth in Rules 3.692 and 3.989(d), the applicant is presumptively entitled to an order to seal or expunge court records. However, the petition is addressed to the sound discretion of the trial court, and the petition may be denied if there is good reason for denial based on the facts and circumstances of the individual case.’ Anderson v. State, 692 So.2d 250, 252 (Fla. 3d DCA 1997) (citation omitted).”

In Shank, the lower court simply denied the petition to seal the criminal record without reason. The problem is that “the trial court entered an order denying the petition to seal, stating (apart from formal parts) only: ‘Having thoroughly reviewed the case and in consideration to the Amended Petition to Seal Criminal History Record, Response, and being fully advised in the premises, this Court denies the Petition to Expunge/Seal, pursuant to F.S. § 943.059.’” The Florida appellate court ruled that this was insufficient: