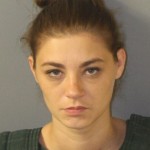 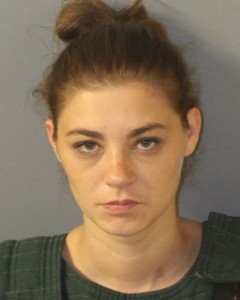 Approximately three months ago, a 21-month-old child went missing in Jacksonville FL. Was he kidnapped, murder, accidentally killed, or abandoned? We do not know. What we do know if that somebody knows what happed to this child and is not speaking up. The missing toddler is Lonzie Barton. This is, by far, the most high-profile case pending in Jacksonville at this time. The local news is constantly running a new story on the case. Understandably so, considering that there always seems to be something happening in William Rueben Ebron and Lonna Lauramore Barton’s cases.

If you have not been following this case, Lonna Barton is Lonzie Barton’s mother. Ebron is, or was, her boyfriend that was babysitting Lonzie Barton at the time of his disappearance. For a timeline of events, read Lonzie Barton Timeline Leading to Arrest in Jacksonville FL. You may also read More Jacksonville Criminal Charges for Ebron for more articles about the Lonzie Barton case.

The last two weeks have been busy for Lonna Barton.  Just two days ago, Lonna Barton has a bond revocation hearing in Jacksonville. A few weeks ago, she bonded out of the Duval County Jail after being arrested for child neglect and giving false information to police officers in Jacksonville. Due to the new arrest, she is now being “held without bond after her arrest last week on drug charges in Baker County….. Lonna Barton waived her appearance at Wednesday’s hearing and her lawyers offered no opposition to the motion to revoke her bond in light of her Baker County arrest. Judge Marianne Lloyd Aho ordered that Lonna Barton be kept in the Duval County jail until the completion of the case against her.”  (news4jax.com)

The Florida criminal law that permits a court to revoke a defendants bond is Section 903.0471 of the Florida Statutes. This law states, “Notwithstanding s. 907.041, a court may, on its own motion, revoke pretrial release and order pretrial detention if the court finds probable cause to believe that the defendant committed a new crime while on pretrial release.” Because Lonna Barton was arrested for new Florida drug charges in Baker County, the court conducted a bond revocation hearing pursuant to this statute. The bond may be revoked even though the new arrest has nothing to do with the pending criminal charges in Duval County. As a Jacksonville criminal lawyer, I expect my client to be on their best behavior while they are out on bond. I do not want to see my client back in jail. If my client’s bond is revoked, I now have a client sitting in jail while the case is pending. It is a lot easier to communicate with my client if he or she is out of custody. He or she can also help me build and defense, go through evidence, and collect information when he or she is not in jail.

After Lonna Barton posted bail, she was arrested along with Chris Barton, Lonzie Barton’s father. I am assuming that Chris Barton did not have a pending case, so he likely has a bond in Baker County. He may be released from custody, but Lonna Barton will not be released from custody due to the bond revocation in Duval County. She is now going to have to work on her defense from the Duval County Pretrial Detention Facility. Now, she has two cases to defend. She probably has two different attorneys as well. In Duval County, she has a Jacksonville criminal lawyer from the Office of Regional Conflict Counsel. Based on the Duval County court determining that she is indigent, I am assuming that she cannot afford an attorney in Baker County. If this is the case, she will be assigned a public defender unless there is a conflict of interest. If the public defender has a conflict of interest, the court will appoint another attorney to represent her for the new drug charges.

Based upon the scenario set forth above, it is obvious why you want to walk a strait line after you have bailed out of jail. You do not want to risk going back. This is especially true when you have bonded out of jail in such a high-profile case. After learning of Lonna Barton’s arrest for the Baker County drug charges, I wrote an article titled, Barton’s Arrest May Revoke Duval County Bond in Jacksonville FL. I stated that I anticipated that her bond would be revoked in Jacksonville. I wondered if she was being watched or followed because the Jacksonville’s Sheriff’s Office is conducting a murder investigation in the Lonzie Barton case. Today, I read an article on Channel 4 News of Jax’s website that helped explain:

“One of the investigators who spearheaded the surveillance of Chris and Lonna Barton, leading to their arrests on drug charges in mid-September, spoke to The Baker County Press about the case. Chris Barton, 41, and Lonna Lauramore Barton, 25, were arrested September 16 after an undercover drug deal at a Baker County motel.  Another man, Shawn Hall, 32, of Glen St. Mary, was also arrested. ‘A network of confidential sources provided detailed information several days before their arrest and finally allowed for controlled buys to be made,’ Investigator Matt Yarborough told The Baker County Press. He also said ‘no special attention’ was attached to the case…. Yarborough said the Bartons were both known to be involved in the local drug culture prior to Lonzie’s disappearance but more ‘tips and complaints’ came in after the child was reported missing. ‘I will say that the scrutiny and watchful eyes of the public made it difficult for the couple to hide their activities and made the investigation much easier for us,’ Yarborough told The Baker County Press. The Press said a confidential informant reported witnessing Lonna Barton injecting synthetic meth with her husband’s help while they were all in the motel room. The informant said Hall was there as well. The Baker County Press reported when police entered the motel room, only Lonna Barton was there and numerous syringes and other drug-related items were seized as evidence. Earlier that afternoon, officers witnessed Chris Barton picking up the drug from a person in a red truck that pulled into the motel parking lot, according to The Baker County Press.”

According to this Jacksonville news article, it appears that Lonzie Barton’s disappearance did not lead to the investigation of his parents. However, it did lead to people giving police information that they needed to make an arrest.