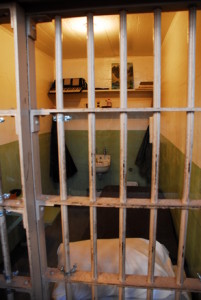 Criminal Charge for Battery in Jail

Today, I read a Jacksonville news article about a battery that occurred in the Nassau County Jail. As a Jacksonville criminal lawyer, the battery cases that I have seen that occurred at the jail usually involve two inmates. The inmates get into a fight and end up in court with new charges. This news article did not cover a fight between two inmates at the Nassau County Jail. Instead, there was an altercation between a corrections officer and an inmate. After reading the article, I wanted to write about the battery laws in Florida and how those laws apply to people in jail and police officers. First, I will address the news article. Then, I will discuss the Florida criminal laws.

The news article that I am referring to is titled, Nassau deputy fired, charged over fight with inmate. A Nassau County corrections officer, Andrew Sasser, was fired after hitting an inmate. Not only was Sasser fired, but he is also looking at a battery charge due to the incident. Sasser went from supervising Nassau County criminal defendants to becoming one. The article stated:

“Sasser claimed the 40-year-old inmate made a comment about a female inmate he was escorting to a pod on July 1. Sasser said when he came back to the inmate’s cell to talk with him about it, the man took an aggressive stance toward him, prompting the altercation that took place. Two cameras recorded what happened next. A man investigators said is Sasser can be seen standing in front of an inmate inside a holding cell at the jail. You can see the verbal altercation turn physical, with Sasser pushing and striking the inmate. Sasser admitted hitting the inmate with his knee one or two times.”

When people think about simple battery, most of them think of an altercation at a bar in which a man throws a punch at other man. You do not think of a police officer hitting a detainee. Are there upgraded criminal charges for a police officer that strikes an inmate? Not that I know of. On the other hand, a simple misdemeanor battery is upgraded to a felony when a person is accused of battery on a law enforcement officer in Jacksonville FL. The battery on a law enforcement officer law is Section 784.07(2) which reads:

“Whenever any person is charged with knowingly committing an assault or battery upon a law enforcement officer…. the offense for which the person is charged shall be reclassified…. In the case of battery, from a misdemeanor of the first degree to a felony of the third degree.”

This means that had the Nassau County inmate struck Sasser, he would be facing a felony battery charge, while Sasser is only facing a misdemeanor battery offense for striking the inmate.

Another battery law which comes to mind is Florida Statute Section 784.082. This law applies to a battery that occurs between inmates in a detention facility. Section 784.082 states:

If the Nassau County inmate would have been battered by another inmate, instead of an officer, the other inmate would have been charged with a felony. Since Sasser was not an inmate, he will not be charged with a felony.  Is this fair? It does not seem like it is, but as the law stands, there does not appear to be any upgraded or additional charges for a police officer that batters a person while in his or her care or custody.