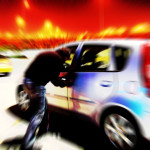 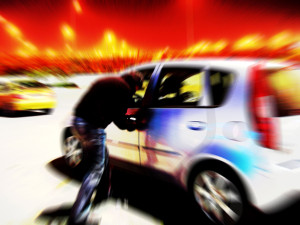 Arrested for grand theft and burglary in Duval and St. Johns County FL

The St. Johns County Sheriff’s Office took six people into custody. They are suspected of committing various crimes in Duval and St. John’s County FL. This article will relay information about the thefts and burglaries that these people are accused of committing and the Florida criminal laws that apply. This is just information. If you have been arrested or are suspected of committing burglary or theft in Jacksonville or the surrounding towns, you should speak to a Jacksonville criminal lawyer about your case in particular. Your case has different facts, circumstances, and defenses, so your Jacksonville criminal attorney would be the best person to assess your case.

“Shoar said a carload of people from Jacksonville traveled to St. Augustine Beach Tuesday in a stolen car, which was recovered by the St. Johns County Sheriff’s Office. Another vehicle entered the same gated community where a previous crime had been reported and was spotted by a deputy, who ran the tags and discovered that the car had been reported stolen in Jacksonville, Chief Robert Hardwick said. The officer captured four suspects after a short chase. Other officers from the St. Johns County Sheriff’s Office captured two other suspects. The four suspects in the car confessed to stealing the car and the burglaries, Hardwick said. Hardwick said five of the six suspects are in custody. The sixth person was released. Four men and a woman confessed to numerous other car burglaries, house burglaries and an auto theft ring out of Jacksonville and Jacksonville Beach, authorities said.”

The Jacksonville news article also states that suspects confessed to house burglaries and car burglaries. The Florida burglary law is Section 810.02 which defines burglary as:

The suspects may have defenses to the crimes they are accused of committing. There are several co-defendants. While one defendant may have committed several burglaries or thefts, the other may have only committed one. The St. Johns County Sheriff’s Office claims to have received confessions from five people. Were these confessions obtained in compliance with the law? Did the police violate the defendants’ Miranda rights? These are just a few of the many questions that the defendants’ criminal defense attorneys will have.

Another issue to pay attention to is that the defendant’s are accused of committing crimes in both St. Johns and Duval County. This means that they are not necessarily going to receive jail time credit in Duval County for the time that they have served in St. Johns County.