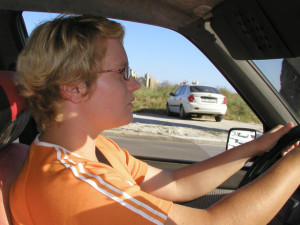 As you can tell from the Florida criminal law above, a driving on a suspended or revoked license ticket can cost you more than money. If you become a habitual traffic offender, you may be charged with a felony. Before things get to that point, you should consider speaking to a Jacksonville drivers license lawyer about obtaining a valid license. Even if your license has been suspended for 5 years as a habitual traffic offender, a Jacksonville drivers license attorney may still be able to help you reinstate your license. Even if you are ineligible for a hardship license, your attorney may be able to clear a conviction from your driving record. Call 20 Miles Law at (904) 564-2525 to speak with a lawyer in Jacksonville about reinstating your license in Duval, Nassau, Clay, or St. Johns County FL.

“Stipulating to his status as a habitual traffic offender, appellant claimed mistaken identity, arguing that his son, who (the trial court seemed to agree) was similar in appearance, could have been driving the black, Chevrolet Impala on August 1, 2013, the date of the charged offense. The state’s sole witness was a law enforcement officer who testified that, on August 1, 2013, he saw appellant (from two blocks away with the aid of binoculars) emerge from his residence with school-aged children, get into the driver’s seat of the Impala, and drive off with the children. The officer testified that he had a clear view of the driver’s face and ‘[i]mmediately’ recognized appellant because he had seen appellant in the area ‘[n]umerous times.’ Although the officer attempted to catch up with the Impala as it drove away, he lost it in traffic, he testified.” Jackson v. State, 166 So. 3d 195, 197 (Fla. 1st DCA 2015)

Over the defense lawyer’s objection, the judge permitted the state attorney to elicit testimony from the police officer about other times that he had seen the defendant driving. The officer testified that he saw the defendant after this arrest at a gas station and approached him. The Florida First District Court of Appeals found that this evidence was inadmissible, because “the objected-to testimony about the officer’s subsequent encounter with appellant at the gas station was offered to show, not his identity, but his propensity to drive with a revoked license…. Admission of the officer’s testimony about an uncharged offense at another time and place was error. The trial court explicitly considered the inadmissible testimony in reaching its decision.” Jackson, 166 So. 3d at 201. The appellate court reversed the case and sent it back to the trial court.