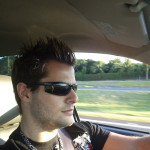 A great way to ruin your day is to drive on a suspended license. By continuing to drive while your license has been suspended or revoked, you are creating a downward spiral that becomes harder and harder to make your way out of. Let me explain what I mean with an example: 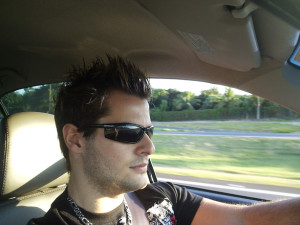 John received a Florida speeding ticket. He did not pay the ticket. His Florida drivers license was suspended due to nonpayment. He drove again and was stopped by a police officer in Duval County. The police officer gave him a Jacksonville traffic ticket for driving on a suspended or revoked license. John did not pay the ticket. He continued to drive while his license was suspended. After that, John was driving in St. Johns County and received another driving with a suspended license ticket. A year later, he was driving in Fleming Island and a Clay County police officer gave him his third ticket for driving on a suspended or revoked license. John decides that he cannot deal with the Florida drivers license suspension. He has a new job that he does not want to lose. He pays all of his outstanding traffic tickets, the D6 clearances and late fees. He walks out of the DMV with shiny, new drivers license. About a month later, John gets a letter in the mail from the Department of Highway Safety and Motor Vehicles. It is a Florida habitual traffic offender letter. It informs John that his driver license will be suspended for 5 years as a habitual traffic offender due to having 3 driving on a suspended or revoked license convictions within a 5-year period. John wonders why he paid all of his old traffic citations and speeding tickets just to end up with a drivers license that has been suspended for five years.

As a drivers license lawyer in Jacksonville and the surrounding towns, I have seen John’s situation many times. While it is not a great situation to be in, it can be fixed in most cases. I would like to begin by saying, had John hired an attorney to help him in the beginning, there is a good chance that his drivers license would not have been suspended in the first place. This is not always feasible. John is probably thinking, “I didn’t have the money to pay the ticket or hire an attorney.” As you can tell from the factual scenario above, it was not until later that John had the money to pay his tickets and obtain a valid drivers license. By that time, it was too late. He was already on his way to a habitual traffic offender suspension. When John received the DMV letter stating that his drivers license is going to be suspended, he needed to call an attorney as soon as possible. The Florida DMV does not give much time between putting him on notice with the letter and the date of the habitual traffic offender suspension. An attorney will need time to file the motion and set a court date.

What can a Florida lawyer with experience helping habitual traffic offenders do for John? A lawyer may be able to prevent the habitual traffic offender (HTO) suspension or set John up so that he may reinstate his drivers license. Whether or not an attorney can help John will depend on, among other things, John’s driving record. John should speak directly with an experienced attorney. If you in a similar situation as John, you may want to talk to a Clay County attorney about your drivers license. Call (904) 564-2525 or send an email to Find a Lawyer.

When a Clay County lawyer tries to stop or overturn a habitual traffic offender’s license suspension, she considers the driver’s driving record. One of the things that you need to consider is how many convictions are being used against you to make your HTO. The charges that can be used against you are set forth in Section 322.264 of the Florida Statutes. The Florida habitual traffic offender law states:

A “habitual traffic offender” is any person whose record, as maintained by the Department of Highway Safety and Motor Vehicles, shows that such person has accumulated the specified number of convictions for offenses described in subsection (1) or subsection (2) within a 5-year period:

(1) Three or more convictions of any one or more of the following offenses arising out of separate acts:
(a) Voluntary or involuntary manslaughter resulting from the operation of a motor vehicle;
(b) Any violation of s. 316.193, former s. 316.1931, or former s. 860.01;
(c) Any felony in the commission of which a motor vehicle is used;
(d) Driving a motor vehicle while his or her license is suspended or revoked;
(e) Failing to stop and render aid as required under the laws of this state in the event of a motor vehicle crash resulting in the death or personal injury of another; or
(f) Driving a commercial motor vehicle while his or her privilege is disqualified.
(2) Fifteen convictions for moving traffic offenses for which points may be assessed as set forth in s. 322.27, including those offenses in subsection (1).

When you speak to an attorney about your drivers license, you want to tell her about prior convictions and traffic tickets. You should also obtain a copy of your driving record.