If I seal or expunge my Florida criminal record, will it be removed from the Internet? Will people be able to find my mug shot photograph with a Google search? Will websites still have my criminal information after I have sealed or expunged the arrest? When you seal or expunge your Florida record, you have not removed all information about your arrest from all websites. This does not mean that you should not seal or expunge your arrest record. In most cases, expunging or sealing your record is beneficial, but this is something that you need to discuss with your Jacksonville criminal lawyer since every case is different.

What Does Expunging or Sealing Your Florida Criminal Record Do? 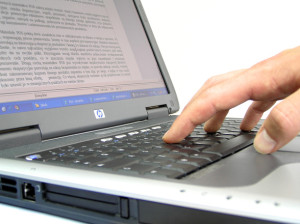 Under this Florida law, government agencies at the local, state, and federal level are notified of the order to seal or expunge the record. Those agencies follow the order.

Will Websites Remove My Criminal Record After It Is Expunged or Sealed?

In general, non-government agencies are not put on notice of the record seal or expunction. After you expunge or seal your record, your information will still be on certain websites. This is something that you want to discuss with your Jacksonville criminal attorney.

If you are successful at expunging or sealing your record, you may be able to have your information removed from certain websites. New Media Rights is a non-profit organization in California that has given some insight into this issue stating:

“Generally, sites that post mugshots will remove your mugshot if you have gotten your conviction expunged and you present them via email with proof of your expungement. This isn’t due to any law requiring them to, it’s simply a business practice of many of these sites. Therefore, if you get your conviction expunged, you should start contacting the sites again to let them know that this occurred…. Getting your record expunged does not guarantee that your mugshot will be removed from a website. BUT, sending these websites proof that your record has been expunged increases the likelihood that a site will remove your mugshot, especially if the site lists expungement as one of its qualifications for removal.”

As stands, there is no Florida law that forces websites to remove information.   However, this could change. Here is a brief history:

“Proposed legislation filed in Florida in 2013 attempted to govern the removal of mug shots. The bills sought to require upon receipt of notification that charges from an arrest did not lead to a conviction, mug shot websites would have been required to remove the mug shot within 15 days, free of charge. Failure to comply with this proposed law would have resulted in fines and possible defamation lawsuits against the operators of the website.‪ These bills in both the Florida Senate and House died in committee in early May 2013.” (Wikipedia.org)

I did find more information about a Florida law that was proposed in 2014, but I am still looking for an update on the status of this bill. According to internetreputation.com:

“There are two separate bills up for grabs in the legislature right now: One comes from the Senate, and one comes from the House. On first glance, the Senate bill seems like the more stringent bill, to me, as it provides a blanket form of protection for anyone who appears on a mugshot website. Scraping photos would be forbidden, as would charging fees for removal. The House bill provides protections only for those who are “not yet convicted of” a crime. Presumably, someone who is found guilty would get no protections here. It seems as though the lawmakers have learned from previous mugshot law attempts, as the House version includes some language that would allow for public access to photographs and other arrest records in Florida, although news agencies would have to send a representative to the law enforcement site to get that data, as it wouldn’t be popped up on a public site for scraping. The Senate version doesn’t contain this language, but it defines mugshot websites quite clearly, which might help newspapers and other public media outlets to post mugshots if they’d like to do so, as they wouldn’t meet the definition of a mugshot website.”

These laws appear to apply to records that have not been sealed or expunged. If your Florida record has been expunged or sealed, you may have a better chance at removing your information from certain websites. Again, this is something to discuss with your Jacksonville criminal lawyer.

With all of this controversy surrounding mugshot Internet websites, you may be wondering if there have been lawsuits filed. Yes. There have been. There are several websites reporting on the issue. Here are about couple of them: