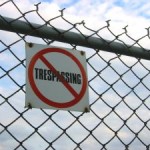 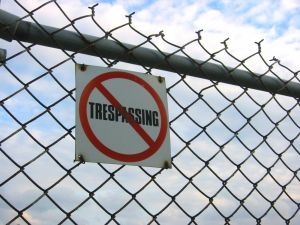 I was handling a Jacksonville speeding ticket today and noticed television cameras on the 4th floor of the courthouse. I learned that Duval County Judge Brent Shore presided over a trespass case that went to jury trial this week. While you do not normally see the local media covering trials for misdemeanor trespass in Jacksonville, the local news has been reporting on this case and was present for the sentencing hearing this afternoon. I wanted to learn more, so I found the following information on News4jax.com:

“A jury found Michale Hoffman guilty of trespassing on Jacksonville International Airport property last August. Hoffman claimed he was within his First Amendment rights to be on the property. Hoffman and his attorney claim that he was on his way to the airport administration building to obtain public records when he was stopped by airport police in the grass along Yankee Clipper Drive. Hoffman said that he parked off airport property and elected to walk based on an incident the previous week. He said that when he was stopped, he had multiple ‘activist’ signs with him…. Hoffman told jurors that, despite being given the opportunity by officers, he didn’t tell them where he was going at the time. He said that it is his policy not to answer questions from law enforcement.”

Hoffman was charged with trespassing in Jacksonville in violation of Florida Statute Section 810.09(2)(b). Section 810.09 states:

After seeing the evidence and listening to testimony, the jury was likely instructed as to the law for trespass in Florida, because the jury instructions are always given to the jury at the close of a criminal case. The jury returned a guilty verdict yesterday, and Hoffman was sentenced today. While technically the judge is permitted to sentence a defendant to jail for up to one year for a first-degree misdemeanor, this did not occur. The judge is able to sentence a defendant anywhere from the time that he or she has already served in jail up to the maximum sentence. The judge may sentence a defendant to a term of probation in conjunction with or instead of jail time. The judge may also decide whether the defendant will be convicted of the crime or whether or not adjudication will be withheld.

Judge Shore adjudicated Hoffman guilty of trespass. Adjudication of guilt is a conviction. If you are convicted of a crime, you are ineligible for a Florida record seal. Hoffman was given credit for the two days that he served in jail and sentenced to 30 days house arrest. He was placed on probation for 12 months. The special conditions of his probation include 150 hours community service. He is not permitted to go within one mile of the Jacksonville International Airport.

There were first amendment concerns surrounding this case. It is important to note that Hoffman has the right to an appeal in Florida. This means that his case is not over. If he appeals the case and it is reversed, he may be entitled to a new trial or a dismissal.