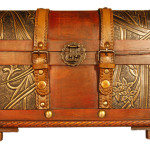 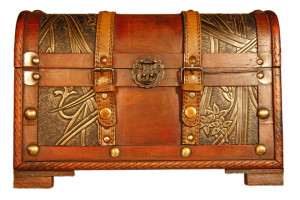 Fingerprints on jewelry box was enough to convict

If you have been arrested for burglary in Jacksonville or the surrounding towns, you probably have some questions about Florida’s burglary law. The law that governs burglary is Section 810.02 of the Florida Statute. Depending on the facts of the case, burglary can may be a 3rd degree, 2nd degree or 1st degree felony. A few of the factors that will determine the type of burglary that you are charged with are as follows:

In this Florida criminal law article, I want to draw your attention to Section 810.02(2)(b) which states:

“Burglary is a felony of the first degree, punishable by imprisonment for a term of years not exceeding life imprisonment or as provided in s. 775.082, s. 775.083, or s. 775.084, if, in the course of committing the offense, the offender…. Is or becomes armed within the dwelling, structure, or conveyance, with explosives or a dangerous weapon.”

How does the state attorney prove that you were armed at the time of the burglary if you were not arrested at the scene and there were no eyewitnesses that saw you with a firearm? This can be accomplished with circumstantial evidence. Here is a Nassau County case analyzing armed burglary and circumstantial evidence. In this case, the defendant was convicted of armed burglary to a dwelling after a jury trial. Not only did the jury find that the defendant committed burglary, but the jury also found that the defendant was in actual possession of a firearm, and she was sentenced to the ten-year minimum mandatory sentence. The defendant appealed her sentence to the Florida First District Court of Appeals. The court affirmed her sentence holding that she could be found to be in actual possession of the firearm based on the circumstantial evidence presented at trial. Here are the facts of this Nassau County criminal case:

“The victim testified she came home and discovered someone had forcibly entered her home. A jewelry box containing approximately $50,000 worth of jewelry was missing from on top of a dresser in her bedroom, and guns were missing from her bedroom closet. Officers discovered appellant’s fingerprint on a drawer from the jewelry box that was left on the floor. The victim testified she received the jewelry box as a gift, still in its factory-sealed box, three years earlier. She testified the box had never left her home, and she had never given appellant permission to enter her residence. The jury found appellant guilty of burglary and found she was in actual possession of a firearm. The trial court imposed a ten-year minimum mandatory sentence based on the jury’s finding that appellant actually possessed a firearm, over appellant’s objection that evidence she touched the jewelry box was insufficient to prove actual possession of a firearm.” Harris v. State, 160 So. 3d 913, 914 (Fla. 1st DCA 2015).

“[T]he prints are located in a place, on an object, or on a particular part of an object to which the general public does not have access, the hypothesis that the print was not placed on the object at the time of the crime is not one which the court must declare reasonable as a matter of law, and it remains for the jury to determine its reasonableness…. [S]uch proof, standing alone, is legally sufficient, and the jury may infer from it that the print was made at the time of the crime.” Sorey v. State, 419 So.2d 810, 813 (Fla. 3d DCA 1982).

The defendant was sentenced to serve the 10 year minimum mandatory sentence in Florida State Prison, because the jury found that she was in actual possession of a firearm while in the residence. This means that finding the defendant’s fingerprints on a jewelry box that was located in the dresser drawer was sufficient to show that she actually possessed guns that were located in the closet. The Florida appellate court reasoned as follows: