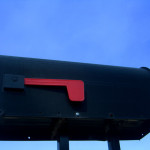 As I was driving to the Clay County Courthouse today, I was listening to the radio. The radio DJ mentioned a local news story about a hit and run accident in Clay County FL. This news story was about a vehicle that hit a residential mailbox without stopping. The incident was caught on tape by a home video surveillance camera. This does not seem like it is serious enough to make it on the radio. I am sure that many people have had their mailboxes damage before. This story made headlines due to the driver of the vehicle. The video shows a United State Postal Service truck hitting the mailbox without stopping in Clay County. Action News of Jacksonville reported: 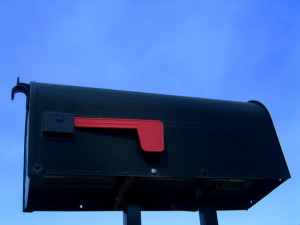 Damaged Mailbox Could Lead to Hit and Run Charge

“The home surveillance video was recorded in the Oakleaf area.   Action News spoke with homeowner Alex Tita, who said he’s upset the mail truck just kept going.  ’People make mistakes, but it was basically a hit and run, a moving violation,’ Tita said. ‘It’s upsetting, not taking responsibility. People make mistakes.’  Tita said he believes the truck was up on the curb at the time the box was hit.  ’Normally, the mailbox would be hanging like that, obviously to hit it he had to be on the curb. The mirror hit it, and snapped the box, fell, tumbled and landed in the middle of the driveway,’ Tita said.”

I am sure that the Clay County Sheriff’s Office and the US Postal Service is investigating this incident. Will the driver be charged with leaving the scene of an accident? Perhaps. It will depend on the results of the investigation.

Florida Leaving the Scene of an Accident Law

Which Florida traffic law applies to hit and run accidents? If you were issued a ticket for leaving the scene of an accident resulting in damage to property in Clay County, you were likely issued the ticket pursuant to Section 316.061 of the Florida Statutes. This law states:

“The driver of any vehicle involved in a crash resulting only in damage to a vehicle or other property which is driven or attended by any person shall immediately stop such vehicle at the scene of such crash or as close thereto as possible, and shall forthwith return to, and in every event shall remain at, the scene of the crash until he or she has fulfilled the requirements of s. 316.062. A person who violates this subsection commits a misdemeanor of the second degree, punishable as provided in s. 775.082 or s. 775.083.”

Under this Florida criminal law, you are not merely issued a civil traffic ticket. This is not like a Florida speeding ticket. A leaving the scene of an accident ticket is a criminal notice to appear. Just because you were not arrested for a hit and run car accident, it does not mean that you will not be charged with a crime. This is something that you want to discuss with your Clay County criminal attorney before pleading guilty or no contest to the charge.  To speak with a Clay County lawyer, call (904) 564-2525.

What Should You Do if You Are in an Accident?

Florida Statute Section 316.062 is the law that tells you what your duties are when you are involved in a car accident. This law states:

(1) The driver of any vehicle involved in a crash resulting in injury to or death of any person or damage to any vehicle or other property which is driven or attended by any person shall give his or her name, address, and the registration number of the vehicle he or she is driving, and shall upon request and if available exhibit his or her license or permit to drive, to any person injured in such crash or to the driver or occupant of or person attending any vehicle or other property damaged in the crash and shall give such information and, upon request, exhibit such license or permit to any police officer at the scene of the crash or who is investigating the crash and shall render to any person injured in the crash reasonable assistance, including the carrying, or the making of arrangements for the carrying, of such person to a physician, surgeon, or hospital for medical or surgical treatment if it is apparent that treatment is necessary, or if such carrying is requested by the injured person.
(2) In the event none of the persons specified are in condition to receive the information to which they otherwise would be entitled under subsection (1), and no police officer is present, the driver of any vehicle involved in such crash, after fulfilling all other requirements of s. 316.027 and subsection (1), insofar as possible on his or her part to be performed, shall forthwith report the crash to the nearest office of a duly authorized police authority and submit thereto the information specified in subsection (1).
(3) The statutory duty of a person to make a report or give information to a law enforcement officer making a written report relating to a crash shall not be construed as extending to information which would violate the privilege of such person against self-incrimination.