If you have been arrested, you may be wondering if you can seal or expunge your record. You may be able to remove your criminal history from government databases under Section 943.0585 or 943.059 of the Florida Statutes. These two sections apply to sealing and expunging a record in Florida. While the statutes almost mirror one another, they are not the same. Section 943.0585 applies to expunging a Florida criminal record. The law permits a person to expunge an arrest record so long as the person meets certain eligibility requirements.

Can I Expunge My Arrest in Florida?

What are the eligibility requirements necessary to expunge a criminal record in Florida? Here is a checklist that may help you determine your eligibility for an expungment:

“an indictment, information, or other charging document was not filed or issued in the case…. [but] if filed or issued in the case, was dismissed or nolle prosequi by the state attorney or statewide prosecutor, or was dismissed by a court of competent jurisdiction, and that none of the charges related to the arrest or alleged criminal activity to which the petition to expunge pertains resulted in a trial, without regard to whether the outcome of the trial was other than an adjudication of guilt.”

If you are interested in expunging your criminal record in Duval or the surrounding counties, call (904) 564-2525 to speak to a lawyer in Jacksonville.

Am I Able to Seal My Florida Criminal Record? 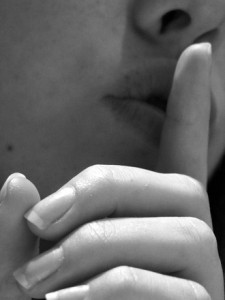 Will you be able to remove your criminal record under Florida’s record sealing or expunging laws?

1. Arson;
2. Aggravated assault;
3. Aggravated battery;
4. Illegal use of explosives;
5. Child abuse or aggravated child abuse;
6. Abuse of an elderly person or disabled adult, or aggravated abuse of an elderly person or disabled adult;
7. Aircraft piracy;
8. Kidnapping;
9. Homicide;
10. Manslaughter;
11. Sexual battery;
12. Robbery;
13. Carjacking;
14. Lewd, lascivious, or indecent assault or act upon or in presence of a child under the age of 16 years;
15. Sexual activity with a child, who is 12 years of age or older but less than 18 years of age, by or at solicitation of person in familial or custodial authority;
16. Burglary of a dwelling;
17. Stalking and aggravated stalking;
18. Act of domestic violence as defined in s. 741.28;
19. Home invasion robbery;
20. Act of terrorism as defined in s. 775.30;
21. Manufacturing any substances in violation of chapter 893; and
22. Attempting or conspiring to commit any such crime.