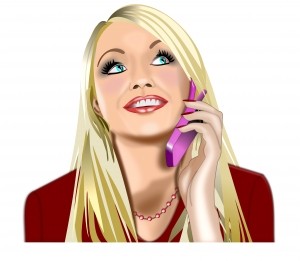 I often receive calls from people that want to expunge their Florida criminal records. An attorney may be able to expunge your record, but you must first be eligible for a record expunction. In my experience as a Jacksonville criminal lawyer, I have noticed that most former criminal defendants are not eligible for a record expunction. For some of them, this does not mean that they will never be able to expunge their arrest records. This article will cover the ways you can erase an arrest from your record. It will also tell you the reasons that you may not be able to seal or expunge your record in Florida. If you would like to clear a criminal case from you background, contact a Jacksonville criminal attorney with experience expunging and sealing records. Call 20 Miles Law at (904) 564-2525 or send an email by clicking on Find a Lawyer.

How to Clear Your Criminal Background in Florida?

Expunging your record is a good way to remove an arrest from your background, but you must fulfill certain requirements. In many cases, people are able to expunge their records if the charges were dropped, dismissed, or if the state attorney declined to prosecute the case. What if your charges were not dropped or dismissed? What if you pleaded guilty or no contest to a crime? Just because you cannot expunge your record, it does not mean that you will not to clear your Florida criminal background. Expunging your record is not the only way to erase a criminal charge for a background check. If you are not able to expunge your record, you may be able to seal it. A Florida record seal is almost as a good as expunging the record. If your Jacksonville lawyer seals your record, you may be able to expunge the record 10 years later.

If you want to seal or expunge your record, you cannot have a criminal conviction. According to Florida’s laws, this will stop you from being able to expunge your record. Even if you pleaded guilty or no contest in your case, you may still be able to seal your record. Pleading guilty to a charge does not mean that you were adjudicated guilty. Instead of being convicted, the judge may have withheld adjudication. If that is the case, you may be able to seal the record. It is important to know that there are certain crimes that you cannot seal. This means that you will not be able to seal the crime regardless of whether or not the judge withheld adjudication. A good example of this is a Jacksonville domestic battery charge. If you pleaded guilty or nolo contendere to domestic battery in Jacksonville, Florida Statute Section 943.059 will stop you from being able to seal the record. Read Crimes that Cannot Be Sealed in Florida for a list of the criminal offenses that cannot be sealed.

A Pardon Does not Seal or Expunge Record

What if I received a pardon from the Governor of Florida? Will this remove the arrest from my record? No. Even if you have been pardoned, this does not automatically seal or expunge your record. If you want to clear the arrest from you record, you must still fulfill the requirements. The FDLE’s website also states:

“The Governor and Cabinet of Florida, acting in the capacity of the Board of Executive Clemency, declared on June 10, 1999, that the granting of a full pardon does not remove any condition of ineligibility for sealing or expunging a criminal history record which would otherwise be imposed by a conviction or withholding of adjudication pursuant to Sections s.943.0585 and s.943.059, Florida Statutes, and, acting in the capacity of agency head of the Department of Law Enforcement, the Board directed FDLE to deny a Certificate of Eligibility to any person receiving a pardon who is otherwise ineligible for the sealing or expunging of the person’s criminal history record.”