With 2016 not too far away, we have seen many people announcing their intention to run for President of the United States. While we have a big national election ahead of us, there are important local elections coming up in 2016 as well. The two Jacksonville criminal attorneys that run the largest law offices in the city may or may not have the same job after the 2016 elections. I am referring to the 4th Judicial Circuit State Attorney, Angela Corey, and Public Defender, Matt Shirk.

Shirk and Corey are both Republicans. They were elected in 2008. In 2012, no one ran against Corey. She remained State Attorney in Duval, Clay, and Nassau County. Unlike Corey, Shirk did face opposition form another Jacksonville criminal lawyer in 2012. William Fletcher ran against Shirk in hopes of being elected pubic defender. They both ran under the Republican ticket. Shirk prevailed claiming 63% of the votes compared to Fletcher’s 37% (First Coast News).

A lot has changed since 2012, and there is a chance that either Corey or Shirk or both may not be in office for a third term. The Jacksonville Daily Record ran a story last March reporting:

“State Attorney Angela Corey and Public Defender Matt Shirk have taken public beatings the past couple of years. Hers over how the office handled high-profile cases in the national spotlight, his over a scandal centered on inappropriate behavior with young women in his office. An assistant professor of political science at the University of North Florida says those issues for Corey and Shirk’s problems are evident in a recent poll that tracked their approval ratings. The poll, conducted Feb. 23-27 by the University of North Florida, shows Corey’s disapproval ratings at 51 percent, with her approval ratings at 35 percent. Shirk’s disapproval ratings were 37 percent and his approval ratings were 24 percent. The highest percentage — 38 — came from voters who didn’t have an opinion about Shirk’s performance or refused to share it.”

Who is running against Angela Corey in 2016 for her position as State Attorney? “Wes White, a former Corey supporter and director in her office, filed [in March] to run against her.” Like Corey, White is also a Republican, so this election will take place in the primaries. If a Democrat decides to run for state attorney, the voters in the general election will decide who becomes the state attorney for Clay, Nassau, and Duval County

Less than a month ago, Corey announced that she would be running for re-election in 2016. Florida Politics ran this story:

“Corey has received her share of criticism from local and national media sources for her handling of various high-profile cases through the years. However, she has many staunch defenders who laud her as a victim advocate without peer. With the entire GOP establishment supporting her against dark-horse candidate Wes White, it’s hard to see how she loses. At last count, White had raised less than $10,000, suggesting he will have to rely on earned media to make his case to unseat one of the most powerful and savvy politicians in the northern part of Florida.”

Will Matt Shirk run for reelection in 2016? I have not heard an announcement. I also checked the Florida Department of State’s website, and I do not see that he has registered, but this does not mean that he will not run. There is a candidate for public defender in the 4th judicial circuit that has registered for the 2016 election. This is Mike Weinstein. Weinstein announced that he would be running for public defender last year, but things have changed. Today, Jax Daily Record reported: 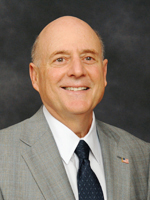 “A week from taking office, Mayor-elect Lenny Curry announced Wednesday who will help him dig into city finances that many have labeled as being in disarray. Mike Weinstein, the chief financial officer for former Mayors Ed Austin and John Delaney, will come back to City Hall as Curry’s Finance Department director. Most recently, Weinstein has served as CEO for Volunteers in Medicine. His background includes also serving in the Florida House from 2008-12 and 19 years with the State Attorney’s Office. Weinstein said Wednesday he’s coming back because Curry reached out to him for help. Weinstein has been serving on incoming Chief Administrative Officer Sam Mousa’s budget task force, which is reviewing finances department by department…. The role is another change for Weinstein in the past couple of years. He filed to run for a City Council seat before changing to make a run in the 2016 election for Public Defender. But as finance director, he’ll drop that pursuit.”

With Weinstein out of the race for Jacksonville public defender, who will run for office? While Weinstein may be the only candidate shown as registered on the Florida Department of Election’s website, there have been several reports of a Jacksonville criminal lawyer that may be running for public defender in 2016. Becky Barlow has set up a website in an effort to join the race requesting donations and candidate petitions.