In my career as a Jacksonville criminal lawyer, I helped many people accused of a stealing and committing burglary. The theft cases range from teenagers caught shoplifting at the mall to adults charged with stealing from their employers. I have represented people charged with grand theft auto in Jacksonville. I have fought for children arrested for burglary in Jacksonville juvenile criminal court. I have fought for adults charged with multiple counts of burglary. I have literally represented hundreds of people charged with theft or burglary in Duval, Clay, and St. Johns County. Just when I think that I have seen it all, I read the local news. I read an article on First Coast News‘ website about a burglary that occurred in Jacksonville.

While burglaries occur often in Northeast Florida, the victim of this burglary was what made this case more unusual. In this case, the victim was the Jacksonville Sheriff’s Office. Christopher Dollison, a 26-year-old male, was arrested for one count of burglary to a structure or conveyance and two counts of grand theft auto. His co-defendant is a 18-year-old female, Jazmine Jarvis. She was also arrested for the same offenses. It appears that they were arrested pursuant to a Duval County arrest warrant. The First Coast News article reported: 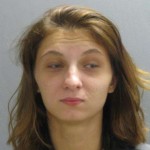 “A police vehicle along with an arsenal of police equipment and tactical gear were stolen after someone broke into a Jacksonville Sheriff’s Office undercover facility located on the Northside, authorities said Friday…. After prying open a rear door to the facility some time between May 22 and May 26, the alleged thieves stole a white Chevrolet Lumina…. The vehicle was later found burned on Alton Box Road Tuesday afternoon. Tactical vests, portable blue police lights, ammunition, a night vision monocular, a bullet proof vest and other unspecified police gear were among the items taken during the apparent heist, investigators said. A white pickup was damaged during the break-in, according to JSO.”

Both defendants are scheduled to appear for arraignment at the Duval County Courthouse on June 23, but this is subject to change as it is a tentative court date. As with all felony cases in Duval County, the state attorney will make a filing decision and the court date will be set accordingly. In the meantime, the Jacksonville criminal attorneys that are representing Dollison and Jaris will likely be meeting with their clients to obtain their sides of the story and building a defense and/or collecting mitigating evidence.  The news article stated, “Dollison and Jarvis are being held on $500,009 bond.” In my experience as a Jacksonville criminal lawyer, this seems like a high monetary amount for three third-degree felonies, but I was not present in first appearance court at the Duval County Jail. I do not know the factors that the judge took into consideration, and I do not know the arguments that were made by the defense lawyer and state attorney in court. When it comes to an arrest based on an outstanding warrant, the bail amount is usually set by the judge that set the warrant which likely was not the same judge in first appearance court.

Both defendants are accused of breaking two laws. The first is the Florida burglary law. This is Section 810.02 of the Florida Statutes. This law defines burglary as:

Dollison and Jarvis were accused of burglary to a structure or conveyance. This is defined in Section 810.02(4) which states: