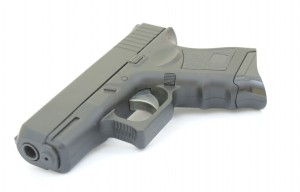 As a Jacksonville juvenile lawyer, I have represented many children and teenagers in criminal court. Most of the time, I see juveniles that have been arrested on misdemeanor charges, such as petit theft and possession of marijuana in Jacksonville. In general, children are curious.  For instance, you may have a child that has been arrested for trespass, even though he or she did not intend on doing anything wrong.  Sometimes, children and teens get into a little more trouble. They end up arrested for felony crimes, like possession of a controlled substance or burglary in Jacksonville. Things can get even worse when you have a child that has been accused of violent felonies, such as armed robbery or aggravated battery.

Whether your child has been accused of committing a felony or misdemeanor crime, he or she should speak with a Jacksonville juvenile attorney. He or she has rights, defenses, and needs guidance during the criminal procedure. Call (904) 564-2525 to speak with an attorney.

As I stated above, most juvenile cases are not violent felony offenses. Children make mistakes. They need help, guidance, and opportunities to redeem themselves. The law recognizes this. This is why children end up in juvenile court instead of adult court. In some cases, a juvenile may be sent to adult court. This is known as direct filing. If the state attorney’s office decides to direct file a case, the case is sent from juvenile court to adult court. The state attorney has the power to direct file under Florida Statute Section 985.557. Age and the type of criminal charge are both factors.

Jacksonville made national headlines due to the Cristian Fernandez case. In 2011, Fernandez was charged with murdering his little brother. Fernandez was only 12-years-old, but the Duval County State Attorney directly filed his case to adult court. After fighting his case for almost two years, he entered into a plea agreement in juvenile criminal court.

Today, I read an article about another Jacksonville juvenile that may end up making national headlines. News4jax.com reported:

“Two Jacksonville teenagers, one of them just 13 years old, are facing murder charges in connection with the killing of a man in a gas station parking lot last week.   The Jacksonville Sheriff’s Office announced Wednesday the arrest of 13-year-old Jeremiah Elijah Hill, and his cousin, 18-year-old Keyshaun Hill. Investigators said they’re still looking for another teen involved: 17-year-old Cameron Sneed.”

According to JSO detectives, Jeremiah Hill “confessed to shooting 25-year-old Tony Johnson on June 10 at a BP gas station on North Main Street.” The police also reported that “Jeremiah and the two others were meeting Johnson…. at the gas station about 3 a.m. to trade handguns when the deal took a turn…. during the transaction Jeremiah began firing multiple shots at Johnson. When Johnson’s 24-year-old friend tried to run, investigators said Jeremiah and Sneed began firing at him, hitting him several times.”

I read this article and thought, “How does a 13-year-old end up with a gun?” For starters, he is with older teenagers, ages 18 and 17-years-old. Also, the 25-year-old victim and his 24-year-old friend are meeting these teenagers at a gas station to trade guns. Any way that you look at this, it is a sad story. And the story has just begun. There is a chance that this 13-year-old may end up in adult court for first-degree murder.