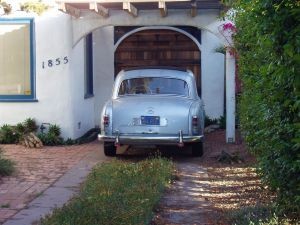 Will a new Jacksonville traffic ticket law affect the way you park in your own driveway?

You have probably received a Florida speeding ticket after driving over the speed limit. Most people have experienced this. You may have also received a Jacksonville traffic ticket for a different type of moving violation, such as failure to yield or failure to obey a traffic control device. In some cases, you may have received a citation for a criminal traffic violation, such as driving on a suspended or revoked license in Jacksonville. These are common scenarios that I have seen in my career as a Jacksonville drivers license lawyer.

Today, I read an article about a proposal for a new traffic law in Jacksonville. If this law passes, you could violate the law just by the way you park your car on your own private property. “A proposal being considered says that if inspectors can’t see a vehicle’s tag from the road, the owner could be cited. That means vehicles wouldn’t be allowed to be covered up in a driveway, either.” People back into their driveways all the time. One would think that backing into a driveway, especially in high traffic areas, would prevent accidents. If you back into your driveway, I would think that you are less likely to accidently hit another vehicle when you are leaving the driveway. So, what is the reasoning behind this proposed traffic law? According to Councilman Warren Jones:

“He introduced the bill because there is a huge problem with abandoned cars in Jacksonville. ‘We have been trying to find a way to address this problem because it’s a blight on the community and it’s driving down property values and it’s very unsightly,’ Jones said. ‘But our hands are tied as enforcement goes because we cannot enforce it unless we can see the tag.’ Cars with covers are also a problem and owners will be cited for those if tags cannot be seen. The covers have to be clean, and the tag has to be visible from the street, according to the proposal…. Jones said if drivers need to back in, they’ll have to write the vehicle’s tag number out and display it where it can be seen from the right of way…. Jones said the law was also introduced because a former code officer was telling people they could avoid a ticket by hiding the tag.” (News4jax.com)

What would be the penalty for backing into your driveway or covering your car and violating this law? “Homeowners who don’t comply could be fined $50.” What do Jacksonville residents think about this proposed law? A local resident who backs into his driveway gave Channel 4 News his opinion. He stated, “I think it’s ridiculous…. The main reason I do it is people parallel park on the side of the street, so if you are backing out, you can’t see traffic coming.”