Many people will be celebrating Mother’s Day with their children this Sunday, but a woman in St. John’s County is looking at criminal charges due to a recent arrest for child neglect. Channel 4 News in Jacksonville reported: 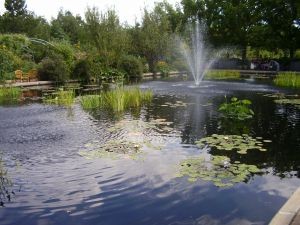 Arrest After Child Found in Pond

“A St. Johns County mother is facing child neglect charges after her 1-year-old son nearly drowned in an apartment complex retention pond in March. A neighbor jumped into action to save the little boy, who was standing at the edge of the water when she noticed he was getting ready to go in the pond. His 2-year-old sister was also near the water. The neighbor, Linda Scott, said if she didn’t act immediately and run to rescue the child, he could have died…. Scott said she ran outside and yelled for someone to come help, because she was worried she wouldn’t reach the boy in time, but no one else was around. The toddler was floating face down in the middle of the pond when she made the decision to swim in after him…. St. Johns County sheriff’s deputies charged the boy’s mother, 43-year-old Geraldine Holman, with child neglect, because they said she had no idea her toddlers had left her apartment. Deputies said Holman was in the bathroom with the door closed when they arrived and her children had been left unsupervised for 30 minutes. The Department of Children and Families is also investigating Holman. ‘Based on the mother’s reaction, there seemed to be a lack of concern and caring,’ Sheriff’s Office spokesman Cmdr. Chuck Mulligan said. ‘There was no rush to get to see the child after being told the child almost drowned. So the deputy found something there that he found to be neglectful.’”

We have to remember that news stories are not the entire story. As a Jacksonville criminal lawyer, I do see some problems with the allegations. While the St. Johns State Attorney’s Office may have enough facts and evidence to pursue criminal charges for child neglect against Holman, I do not believe that the news story proves anything. There is definitely proof that this may be a case of neglect, but a line in the story concerns me. The St. Johns County Sheriff’s Office spokesman stated, “Based on the mother’s reaction, there seemed to be a lack of concern and caring…. There was no rush to get to see the child after being told the child almost drowned. So the deputy found something there that he found to be neglectful.” Is this the only reason for the arrest? Is there other evidence of child neglect? I am assuming that since the incident occurred in March and the arrest did not occur until May that police conducted a more thorough investigation.

The law that covers child abuse and neglect in Florida is Section 827.03. Here are the pertinent portions of Florida Statute Section 827.03 that applies to child neglect. Section 827.03(e) defines neglect of a child as:

Except as otherwise provided in this section, neglect of a child may be based on repeated conduct or on a single incident or omission that results in, or could reasonably be expected to result in, serious physical or mental injury, or a substantial risk of death, to a child.

The same Florida child abuse and child neglect law gives the punishments for neglect based on the injury to the child: Section 827.03(2) states:

Under the Florida child neglect law, the injury to the child increases the crime from a third-degree felony to a second-degree felony.

When a Jacksonville criminal attorney is researching a law, such as the one stated above, he or she does not stop with the statute. It is important to read case law that applies to the statute. There are many cases that apply to child neglect. These cases help direct Jacksonville criminal lawyers as to the what needs to be proven for a defendant to be convicted of child neglect.