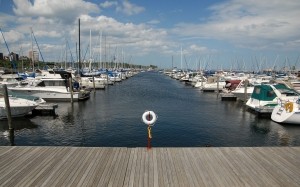 Fight at marina may lead to felony arrest

Memorial Day weekend is a busy weekend at the Conch House in St. Augustine. During the summer months, the Conch House Marina Resort hosts “Reggae Sunday” which attracts many people. On a three-day weekend, such as Memorial Day, people frequent this event, as Monday is a holiday. Big crowds bring the need for added security and monitoring.

As a Jacksonville criminal lawyer, I believe that holiday weekends lead to more arrests for certain crimes. This includes crimes such as disorderly conduct or intoxication, fighting and affray, and driving under the influence in Jacksonville. In fact, the last three Memorial Day weekends have lead to local news stories about violence in Duval and St. Johns County. In 2013, I wrote an article on this Jacksonville criminal defense lawyers website about Jaguars player, Maurice Jones-Drew, possibly being connected to a battery at the Conch House on Memorial Day weekend on Reggae Sunday.  Jones-Drew was not charged in connection with this incident.  In 2014, I wrote an article on the Jacksonville attorneys website about the Jacksonville Beach fights that broke out on Memorial Day weekend. This year is no different.

Last Sunday, brawls broke out at the Conch House. While you may expect intoxicated people to end up fighting, the allegations in the St. Johns County police report are somewhat unusual. In this case, the Conch House’s security guards are accused of engaging in violence. Fox 30 News of Jacksonville reported:

“In a police report, witnesses say the ‘security staff had used excessive force on patrons without reason.’ Those witnesses told police it started as an argument between two women, and that a man later identified as Bruno Abreu, came to their aid. Minutes later, Abreu was found unconscious and drowning, and was pulled from the water by witnesses who reported he was ‘kicked in the head and torso several times by security staff and then thrown into the water.’ Action News spoke to Abreu by phone Monday, minutes after he was released from the hospital. He says he suffers from two skull fractures, and multiple cracked and bruised ribs that make it difficult to breathe. He remembers very little but is confident his actions did not spark what he called ‘excessive violence.’ ‘My friends and I did nothing wrong. The security staff overreacted and were overly aggressive,’ said Abreu. ‘I want these people to be held responsible. What happened to me could happen to someone else.’”

The St. Augustine Police Department is investigating the case. If police seek warrants and if charges are filed, they will likely be for battery. Battery may be a felony or misdemeanor depending on the injuries. In this case, it appears that the victim suffered substantial injuries. If this is the case, the defendant or defendants may be charged with aggravated battery. The Florida battery law is Section 784.03. This law states:

(1)(a) The offense of battery occurs when a person:
1. Actually and intentionally touches or strikes another person against the will of the other; or
2. Intentionally causes bodily harm to another person.
(b) Except as provided in subsection (2), a person who commits battery commits a misdemeanor of the first degree, punishable as provided in s. 775.082 or s. 775.083.
(2) A person who has one prior conviction for battery, aggravated battery, or felony battery and who commits any second or subsequent battery commits a felony of the third degree, punishable as provided in s. 775.082, s. 775.083, or s. 775.084. For purposes of this subsection, “conviction” means a determination of guilt that is the result of a plea or a trial, regardless of whether adjudication is withheld or a plea of nolo contendere is entered.

This makes it a misdemeanor for a person to commit simple battery. On the other hand, aggravated battery is a second-degree felony and is defined in Florida Statute Section 784.045. This Florida criminal law states:

If the victim or victims suffered “great bodily harm, permanent disability, or permanent disfigurement,” the defendants may be charged with a felony. While security guards are permitted to use force to protect themselves and to protect other people, they cannot use excessive force or continue to use force when it is no longer necessary. Basically, they are able to act in self-defense in Florida. The may also act in defense of others.