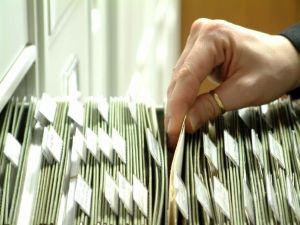 Were you arrested in Jacksonville Florida? Did you plead no contest or nolo contendere to a criminal charge? Do you want to clear your Florida criminal background? If so, you may want to consider sealing your Florida record. Are you eligible to for a record seal? Maybe. Even if you pleaded guilty or no contest to a crime, you may be able to seal your record.

Should you seal or expunge your Florida record? If you pleaded nolo contendere or guilty to a criminal charge, you are probably not able to expunge the record, but you may be able to seal it. There are a few things that your Jacksonville criminal attorney will need to review with you to help you determine your eligibility. If you want to erase a charge from your criminal record by sealing it, you cannot have any criminal convictions. This means that even if you pleaded no contest to the charge, if the judge adjudicated you guilty of the offense, you are not eligible for a record seal in Florida. Even if you were not convicted of a crime, there are certain criminal charges that cannot be sealed. This information can be found in Florida Statute Section 943.059.

Here is a case from the Florida Second District Court of Appeals in which an appellate court ruled that a criminal conviction could not be sealed under Florida’s record sealing laws. In State v. Kasper:

“Kenneth H. Kasper was charged with sexual battery. Pursuant to a nolo plea he was, inter alia, adjudicated guilty and placed on five years probation. Thereafter, he moved the trial court for the entry of an order sealing his criminal record. The state traversed Kasper’s motion pursuant to rule 3.692 of the Florida Rules of Criminal Procedure, asserting that he was not entitled to the relief provided in section 943.058, Florida Statutes (1987). The trial court granted Kasper’s motion.”

Even under the old record sealing law, the appellate court found that the court did not have the power to seal the record due to the petitioner’s conviction. The Florida appellate court held, “Kasper erroneously, but successfully, urged the trial court to use its equitable powers to seal his records. The court’s equitable powers, however, are irrelevant to the determination of a sealing motion. Kasper merely had to meet the criteria in section 943.058(2) but he could not; he was adjudicated guilty pursuant to a nolo plea. Kasper was, indeed, disabled from being able properly to swear to his eligibility for a sealed record. § 943.058(2), (8).”

Although the Florida record sealing law has changed since Kasper, a court is still prohibited from sealing a criminal conviction. If adjudication was withheld, you may be able to seal your record. Your Jacksonville criminal lawyer will need to look at the crime you are trying to seal. There are certain crimes that cannot be sealed in Florida. For example, the Kasper case states that the petitioner was trying to seal his record for sexual battery. The current sexual battery statute is Section 794.011. If Kasper had applied to seal a sexual battery charge under the current record sealing law, the conviction would not have been the only thing stopping him. Section 943.059 does not permit the sealing of any violation of Chapter 794, which includes sexual battery, regardless of whether or not adjudication was withheld.