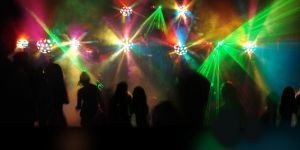 Night club drug bust due to Molly and other controlled substances.

Sixteen people were arrested on different drug charges in Jacksonville FL after an undercover drug bust at Pure Night Club on Phillips Highway. This night club drug bust stems from an investigation conducted by the Jacksonville Sheriff’s Office called Operation Poppin’ Molly. Channel 4 News of Jacksonville reported that this investigation “lasted more than two months and it involved more than 100 drug sales.”  “Police say multiple drugs were sold at Pure Nightclub off Philips Highway, but the big one was MDMA, known mostly by its street name ‘Molly.’” MDMA is referred to as Molly and has also been referred to as Ecstasy. “The charges in the case include drug possession and drugs sales. Police say other drugs found during the bust include cocaine, heroin, and marijuana.”

The news article did not state the exact charges, but here is a list of possible charges that relate to MDMA:

Under this Florida drug law, possession of Molly is a third-degree felony.

Section 893.03(1)(c) of the Florida Statutes lists 3,4-Methylenedioxymethamphetamine, which is referred to as Molly and Ecstasy, as a controlled substance. Section 893.13(1)(a)(2) states:

This means a person that sells, delivers, manufactures or possess Molly with the intent to sell the drug will be facing a third-degree felony.

How does possession of Molly turn into trafficking Molly?  Section 893.135(k)(3)(A) of the Florida Statutes states:

“A person who knowingly sells, purchases, manufactures, delivers, or brings into this state, or who is knowingly in actual or constructive possession of, 10 grams or more of any of the following substances described in s. 893.03(1)(c)…. 3,4-Methylenedioxymethamphetamine (MDMA)…. individually or analogs thereto or isomers thereto or in any combination of or any mixture containing any substance listed in sub-subparagraphs a.-r., commits a felony of the first degree, which felony shall be known as ‘trafficking in Phenethylamines,’ punishable as provided in s. 775.082, s. 775.083, or s. 775.084.”

How much is 10 grams? It is not very much. That means that it does not take a large amount of Molly to be considered trafficking. Ten grams equal 0.35274 of an ounce. To put things in perspective, there are 16 ounces in a pound.  An ounce is only 1/16 of a pound, and 10 grams is approximately 1/3 of an ounce.