A Jacksonville contractor is facing first-degree felony charges after being accused of stealing hundreds of thousands of dollars from his customers. Eric Clift is the owner and operator of Clift Pools. He was arrested on May 19 for scheme to defraud and grand theft in Jacksonville. If convicted, he could be facing up to 30 years in Florida State Prison on each count. This criminal law article will review the accusations against Clift and the law that applies in this case. First Coast News reported this story after interviewing David and Rachel Tomalis, the homeowners. According to the news article: 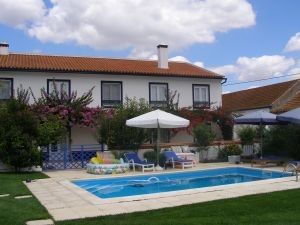 “The couple paid Eric Clift of Clift Pools nearly $40,000 and he left them with a concrete hole in their backyard. ‘Once the concrete was formed,’ said David Tomalis, ‘we never heard from him.’ But in the weeks to follow they heard from Clift’s suppliers, who notified the Tomalis family of possible liens for Clift’s unpaid bills.”

The Tomalis was not the only family that had encountered this problem. “In October, First Coast News met another of Clift’s victims. Jennifer MacDonald said her family paid Clift Pools $64,000 and he left them with an unfinished pool…. Clift told his customers he was broke and could not finish the jobs. His customers are not convinced.”

After conducting an investigation, the Jacksonville Sheriff’s Office and the Duval County State Attorney’s Office determined that this “was not a case of contract disputes but a crime instead.” What type of crime is this? Clift was charged with two felonies. He has been charged with grand theft and scheme to defraud in Jacksonville. The two Florida statutes that apply are Section 817.034 and Section 812.014. Section 817.034 is the Florida law for scheme to defraud. Section 817.034(3)(d) defines “scheme to defraud” as “a systematic, ongoing course of conduct with intent to defraud one or more persons, or with intent to obtain property from one or more persons by false or fraudulent pretenses, representations, or promises or willful misrepresentations of a future act.” The law further states, “Any person who engages in a scheme to defraud and obtains property thereby is guilty of organized fraud.” Scheme to defraud is a first-degree felony “if the amount of property obtained has an aggregate value of $50,000 or more.”

Clift is has also been accused of grand theft. The criminal law that applies to theft is Florida Statute Section 812.014. This law defines theft:

A theft charge can range from a first-degree felony to a second-degree misdemeanor. It depends on the value of the property that the defendant has been accused of stealing. For example, if a person is accused of shoplifting an inexpensive item, he or she will likely be charged with petit theft in Jacksonville. If the item is valued at less than $100, this is a second-degree misdemeanor. In Clift’s case, he was arrested for stealing much more. He was arrested pursuant to Florida Statute Section 812.014(2)(a)(1). This Florida theft law states, “If the property stolen is valued at $100,000 or more or is a semitrailer that was deployed by a law enforcement officer…. the offender commits grand theft in the first degree, punishable as a felony of the first degree.”