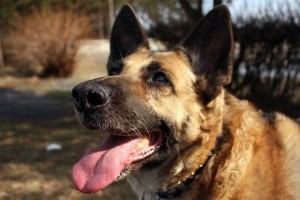 What if a driver is stopped for a traffic violation in Duval County? Can police detain the person longer than is necessary to issue the Jacksonville traffic ticket? What if a man is arrested after a K-9 search of his vehicle in Clay County FL? Is it reasonable for police to detain the man while waiting for the police dog to arrive? If a woman is arrested for Florida drug charges after a dog sniff search is St. Johns County, will she be able to suppress the evidence? These are questions for the defendant’s Jacksonville criminal lawyer to answer after researching the case. On Tuesday, the U.S. Supreme Court ruled on the issue of unreasonable detentions for dog sniff searches. This is a case that Jacksonville criminal attorneys will use when arguing a motion to suppress due to an unlawful vehicle search.

“The right of the people to be secure in their persons, houses, papers and effects against unreasonable searches and seizures, and against the unreasonable interception of private communications by any means, shall not be violated. No warrant shall be issued except upon probable cause, supported by affidavit, particularly describing the place or places to be searched, the person or persons, thing or things to be seized, the communication to be intercepted, and the nature of evidence to be obtained. This right shall be construed in conformity with the 4th Amendment to the United States Constitution, as interpreted by the United States Supreme Court. Articles or information obtained in violation of this right shall not be admissible in evidence if such articles or information would be inadmissible under decisions of the United States Supreme Court construing the 4th Amendment to the United States Constitution.”   (Emphasis added)

I want to draw attention to the fact that the Florida constitution specifically states that the U.S. Supreme Court’s interpretation is controlling. While this is true even without the phrase italicize above, the Florida Constitution emphasizes it. I am discussing this today because of a recent U.S. Supreme Court ruling that was decided yesterday. In Rodriguez v. United States, the U.S. Supreme Court was faced with the question as to whether or not it was reasonable for police to detain the defendant during a traffic stop for a time period longer than required for the traffic offense, absent any reasonable suspicion of a crime. The court found in favor of the criminal defendant ruling that during a routine traffic stop, law enforcement officers are not permitted to detain a person while they look for evidence of an unrelated criminal offense.

The facts of the case are as follows:

“Dennys Rodriguez was given a warning for driving on the shoulder of the highway then forced to wait for almost 10 minutes as police awaited the arrival of a drug-sniffing dog. After arriving at the scene, the dog alerted, and a subsequent search of the vehicle found methamphetamine.” (The Free Thought Project)

The majority court opinion was given by Justice Ruth Bader Ginsberg. She was “joined by Chief Justice John Roberts, Justices Antonin Scalia, Stephen Breyer, Sonia Sotomayor, and Elena Kagan.” According to Ginsberg and the majority of the court, it is a violation of a person’s 4th amendment right against unlawful seizures to detain “a person for any longer than it takes to deal with initial offense, even if only a few minutes.” As a result of the unlawful seizure, the search is invalid and any evidence obtained from the search should be suppressed as it was obtained in violation of the defendant’s constitutional rights.

What is the reasoning behind the court’s decision? Have Florida courts ruled on the issue of police officers detaining a driver longer than needed for a routine traffic stop in order to bring a K-9 in for a dog sniff? Read Florida Law for Traffic Stop and Dog Searches on the Jacksonville lawyers website for a continuation of this article