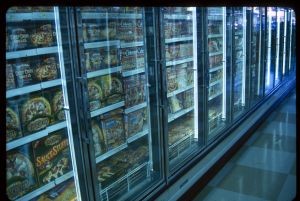 Shoplifting Results in Aggravated Battery on Off Duty Police Officer

Most of the time, theft is not a violent crime. A theft that involves violence is usually considered a robbery, because the defendant is accused of stealing someone else’s property by force. Today, I read a story out of St. Johns County that started as a basic retail shoplifting case and quickly turned into the more violent crime of aggravated battery on a law enforcement officer. The St. Augustine Record ran a story about two women that were suspected of shoplifting at Winn Dixie and are now sought after by the St. Johns County Sheriff’s Office for aggravated battery. The St. Augustine Record reported:

“An off-duty deputy with the St. Johns County Sheriff’s Office was shopping at Winn-Dixie on US 1 at 5:30 p.m. when store employees told him there were two women shoplifting, a release from the sheriff’s office said. He said he found the two women getting into a gold Chevrolet Impala and attempted to stop the car. He was halfway inside the car when the driver accelerated, dragging him about 40 feet before he was able to get loose, the release said. He sustained minor injuries and was treated at the scene.”

The news story stated that both women are wanted for aggravated battery and retail theft. If the amount in question is less than $300, this is petit theft. For the purpose of this article, let’s assume that they are accused of petit theft and that they are not facing grand theft charges. That would mean that the theft charge is a misdemeanor. Had they stopped in the Winn Dixie parking lot, they may have been issued a notice to appear for misdemeanor petit theft. In some Florida misdemeanor cases, the police officer is able to issue a criminal citation, known as a notice to appear ticket, in lieu of an arrest. This is not an option in felony cases.

“Whenever any person is charged with knowingly committing an assault or battery upon a law enforcement officer…. the offense for which the person is charged shall be reclassified…. In the case of aggravated battery, from a felony of the second degree to a felony of the first degree. Notwithstanding any other provision of law, any person convicted of aggravated battery of a law enforcement officer shall be sentenced to a minimum term of imprisonment of 5 years.”

In the St. Johns County Winn Dixie shoplifting case, the women are accused of committing aggravated battery on a law enforcement officer. I am assuming that there is a warrant for their arrest for aggravated battery and petit theft. If that is the case, they went from being accused of committing a misdemeanor to a felony that carries a minimum mandatory sentence. If the women are arrested, they need to be sure to discuss their defenses with their St. Johns County attorneys. Their attorneys will need to look at the evidence and the law to build a defense.

Is it a defense to the crime of battery on a law enforcement officer if the police officer was off duty? Florida case law explains that it is possible to commit battery on a police officer that is not on duty. In S.D. v. State, the Florida Third District Court of Appeals stated: