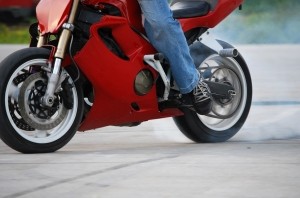 You may be charged with a crime if you leave the scene of an accident in Jacksonville FL. The level of offense that you may be charged with will depend on the damage or injuries involved. When you are charged after a hit and run, there is either property damage or injury to a person. For example, if you are involved in an accident in which another vehicle was damaged, you may be arrested or issued a Jacksonville traffic ticket for leaving the scene of an accident involving property damage. If you are issued a traffic ticket in lieu of an arrest, do not take this lightly. It is still a misdemeanor crime which is a criminal offense. Not only can this affect your driving record, but it may also appear on a Florida criminal background check. A Jacksonville criminal lawyer may be able to help you with this.

A hit and run accident can quickly become more serious when it involves injury to a person. This is especially true for serious bodily injury cases. After an accident last Thursday night, one Jacksonville man is in critical condition at Shands hospital and the other is in the Duval County jail. Matthew David Frye was arrest on Friday for leaving the scene of an accident causing serious bodily injury to John Leone. First Coast News of Jax ran this story:

“The man charged in a hit and run crash on Gate Parkway late Thursday night has been arrested at least three other times for DUI-related crashes…. The accident happened around 10:35 p.m. at the 8500 block of West Gate Parkway, according to the Jacksonville Sheriff’s Office…. [Leone] was riding a motorcycle eastbound on Gate Parkway when Frye began to turn left into the parking lot of Thorton Park Apartments and failed to yield the right of way to Leone. The motorcycle struck the front end of the car.”

It is not the accident by itself that creates criminal liability under Florida law. Dangerous and even deadly accidents occur all the time. It does not mean that someone is going to be arrested. Instead, it’s the drivers action at the time of the accident or after the accident that may result in an arrest. In Frye’s case, he is accused of leaving the scene of an accident. The Jacksonville news story sets forth the basis of this accusation and arrest:

“Police say after the collision, Frye pulled 287 feet into the apartment complex, stopped near the clubhouse, exited his car, walked a few feet from the car toward the accident scene and then ran back to the car. Frye then backed his vehicle out of the parking space and drove another 812 feet further into the apartment complex, parked the car near building 14, got out of the car and started walking into the complex. Police say one of the passengers in the car in the car confirmed Frye was driving the car at the time of the crash…. Police say she said that she wanted to go check on the motorcyclist but Frye told her not to ‘because we have been drinking.’”

The Jacksonville Sheriff’s Office also interviewed Frye after the accident. The news article does not state whether Frye asked to have a Jacksonville criminal attorney present during questioning. The news story reported:

“Frye said he was driving at the time of the crash and he saw the motorcycle, but did not remember what lane it was in. He also admitted to drinking two margaritas at the Pier Restaurant and also said he went to the World of Beer, but didn’t drink there…. Frye said he moved his car back his girlfriends’ apartment because ‘it would be more visible.’ He told police he was walking back to the scene and that’s when police found him.”

Frye is facing a second-degree felony for this hit and run accident. At this time, he has not been charged with driving under the influence in Jacksonville. This could change. The Duval County State Attorney’s Office will make a filing decision. The assistant state attorney assigned to the case will decide the charges to pursue. Depending on the evidence, this could include a DUI serious bodily injury count. As a Jacksonville criminal lawyer, I believe that there is a good chance of this based on the fact that Frye admitted to drinking alcoholic beverages and that police said that he “had alcohol on his breath, bloodshot eyes and slurred speech.” A DUI charge may also depend on whether a blood or breath sample was obtained.

According to the Jacksonville Sheriff’s Office, Frye is being held at the Duval County Pretrial Detention facility in downtown Jacksonville with a $600,003 bond. The bond seems high, but bonds are based upon a variety of factors. This includes whether or not the defendant is a flight risk and his criminal record is also taken into account. Regardless of the bond amount for the Jacksonville leaving the scene of an accident charge, Frye also has a hold for sexual offender registration.