“Police are looking for a man who they say is caught on camera stealing from a car in a Northside neighborhood. The video was taken just before 3 a.m. on April 8 on Bedivere Road.  A man is seen in the video riding on a bicycle and entering the victim’s unlocked car. He then rides away. The Jacksonville Sheriff’s Office [doesn’t] say what he took.”

For the purpose of our example, let’s assume that the man stole something from the car. Let’s say that he stole money from the vehicle, such as $20.00 from the center console. If he is caught, he will be arrested for burglary to a structure or conveyance in Jacksonville. Florida law makes this a third-degree felony. That means that it is punishable by up to 5 years in the Florida State Prison. 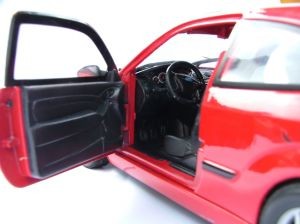 Burglary Arrest for Stealing From Car

Let’s change the facts slightly. The same man steals $20.00 cash, but in a different manner. This time, a woman is sitting at Starbucks working on her computer. She goes to the restroom, and leaves her purse by her computer. The man reaches into her unattended purse and steals $20.00. Is this burglary? No. It is not considered burglary under Florida law. It is considered petty theft in Jacksonville. Florida’s petit theft law makes this crime a second-degree misdemeanor. This is punishable by up to 60 days in the Duval County Jail. What is the difference? The difference between burglary and theft is how and from where the stolen item is obtained.

In the Action News Jax article, the man is accused of entering a car. A motor vehicle is considered a conveyance. They are assuming that he had the intent to steal something from the car. Based on the article and for the purposes of argument, I am assuming that he did take something out of the car. This is a burglary under Florida law, since he entered the car without permission with the intent of taking something. What if he had no intent to take anything? What if he wanted to look around in the car due to pure curiosity? If so, he may only be guilty of trespass in Jacksonville. Trespass is a second-degree misdemeanor and is considered a lesser-offense to burglary. The Florida trespass law is Section 810.08 which states:

Let’s go back to the example where the man stole money from the woman’s purse in Starbucks. Why is this considered petit theft and not burglary? The man did not have permission to enter the woman’s purse. Didn’t he burglarize her purse? A purse is not considered a dwelling, structure, or conveyance as required by Section 810.02, so it cannot be a burglary. The Starbucks was a location open to the public. The man did not break into the Starbucks. This means he is guilty of petty theft. Florida’s theft law which addresses petit theft is Section 812.014. This law states:

If the value of the property stolen is less than $100.00, this is a second-degree misdemeanor under Florida law. Going back to the Starbucks example, the man took $20.00 from the woman’s purse. That means that he is guilty of petit theft.

What a person should be charged with and what a person is actually charged with are two different things. This is just one of the many reasons you need to discuss every aspect of your case with your Jacksonville criminal lawyer. A change in facts could change the crime or create a defense. A Jacksonville lawyer with experience can help.