No. A pardon is not the same things as sealing or expunging a Florida record. A governor’s pardon is known as clemency in Florida. When a person is convicted of a felony, he or she looses certain rights. This rights that are lost include the right to vote, sit on a jury, hold public office, and possess a firearm. This is why it is a crime for a convicted felon to possess a firearm in Jacksonville FL. A pardon can change this. The Florida Commission on Offender Review states: 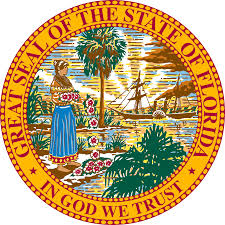 “Clemency is the constitutionally authorized process that provides the means through which convicted felons may be considered for relief from punishment and seek restoration of their civil rights. The clemency function is an act of mercy that absolves an individual from all, or any part, of the punishment that the law imposes. This is a power to grant full or conditional pardons, or commute punishment.”

This is not the same thing as sealing or expunging your Florida record. If you are pardoned, this does not erase the criminal record. It does not seal or expunge your criminal background. Convicted felons in Florida are not eligible for a record seal or record expunction. The law that is used to expunge a Florida criminal record is Section 943.0585. This law states that anyone petitioning to expunge a record in Florida cannot have “been adjudicated guilty of a criminal offense or comparable ordinance violation, or been adjudicated delinquent for committing any felony or a misdemeanor specified in s. 943.051(3)(b).” The Florida record sealing law mirrors the expunging law. Under Florida Statute Section 943.059, a person that is petitioning for a record seal cannot have any criminal convictions either.

When someone is petitioning to have his or her record sealed or expunged, he or she must file an affidavit with the court swearing under oath that he or she has not been adjudicated guilty of a criminal offense. In most cases, a person that is requesting a pardon or clemency is a convicted felon. That means that he or she has been adjudicated guilty of a crime. The Florida Supreme Court has ruled on whether a person that has received a pardon is able to seal or expunge his or her record. In R.J.L. v. State, 887 So. 2d 1268, the Florida Supreme Court ruled that a full pardon did not permit an applicant to expunge his record.  The court stated: