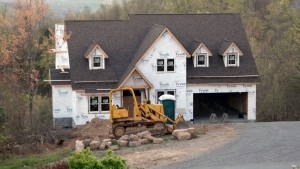 What is considered a dwelling in Florida?

Can you be convicted of burglary to a dwelling when a house that is empty? Yes. Florida’s burglary laws are complicated. If you have been arrested for burglary, it is best to discuss the facts and the law with your Jacksonville criminal lawyer. There are defenses to burglary that will depend on the type of burglary with which you are charged and the evidence associated with the case. This is something that your Jacksonville criminal attorney will be able to explain to you.

If you have been arrested for burglary to a dwelling, you have been accused of burglarizing a home or similar location where people stay the night. The definition for dwelling under the Florida burglary statutes is Section 810.011. This law states:

There are two different types of burglary to a dwelling under Florida law. There is burglary to an occupied dwelling and burglary to an unoccupied dwelling. Occupied means that there is another person in the home at the time the crime occurs. Unoccupied means that another person is not in the home at the time of the burglary. What if no one is living in the home? Is it still burglary to a dwelling? The answer is probably yes. What if the house is being renovated? To answer this question, we look a Florida Supreme Court case. In Young v. State, the Florida Supreme Court was faced with the question as to “whether the trial court erred in finding Young guilty of burglary of a dwelling where the building in question was undergoing renovations and, arguably, not suitable for lodging.” The criminal defendant, Eric Young was tried for burglary to a dwelling along with other criminal charges. The court relayed the following facts:

“The victim testified at trial that he owns his own drywall texture business. At approximately 8:00 p.m. on the night of September 6, 2009, he was cutting drywall ‘in the kitchen/dining room/living room area’ of a house that he had been hired to renovate. He stated that he had been working on the house for approximately a week and a half and that once he finished cutting the drywall that night, his task would be complete. No other workers were present in the house that night. While on the floor cutting drywall, the victim heard a voice and looked up to see a man walking toward him with a gun, saying ‘Don’t look at me.’ Young then said ‘Where’s it at? Give it to me. You know where it’s at.’ Young proceeded to reach into the victim’s pockets and removed the victim’s cell phone, keys and wallet.” Young, 141 So. 3d 161, 164 (Fla. 2013)

The defendant attorney argued that the house was not considered a dwelling under Florida law. As such, the defendant could not be convicted of burglary to a dwelling. The Florida Supreme Court referred to an older case in which the court discussed homes that were not occupied:

“In Perkins v. State, 682 So.2d 1083, 1083 (Fla.1996), this Court determined that pursuant to chapter 810, Florida Statutes, a structure’s design or suitability for habitation, rather than actual occupancy or intent to occupy, controls in determining whether a structure constitutes a dwelling…. This Court went on to state that ‘[i]t is apparent here that the legislature has extended broad protection to buildings or conveyances of any kind that are designed for human habitation. Hence, an empty house in a neighborhood is extended the same protection as one presently occupied.’ Id. at 1085.”  Young, 141 So. 3d 161, 166 (Fla. 2013)

The Perkins case shows that burglary to dwelling may occur with a house that is not currently inhabited. In the Young case, the house was not only inhabited, but it was also undergoing renovations. As to this issue, the court stated:

“If the character of a house and its suitability for lodging in fact refer to the appearance of the house and its suitability for immediate habitability, anyone who fails to regularly maintain the appearance of his or her home or decides to renovate his or her home, except during a state of emergency, risks losing the protections of increased penalties for burglary of a dwelling. This seems to be an unreasonable conclusion. It is evident from the language of the statute and is more reasonable that the Legislature intended for character and suitability for lodging to refer to the purpose of the structure. The purpose of a house does not change due to the owner’s choice to update or remodel the structure. However, if a homeowner ‘substantially chang[es]’ his or her home to create an office building, it is reasonable for this home to lose the status of ‘dwelling’ as the purpose of the building has changed, along with the appearance. See Perkins, 682 So.2d at 1084. The fact that a house is undergoing renovations does not change its status as a dwelling, so long as its purpose is a house for lodging by people at night.” Young, 141 So. 3d 161, 172 (Fla. 2013)

The Florida Supreme Court affirmed Young’s burglary to a dwelling conviction. Every case is different. I have stated before that a small change in facts can change the outcome of a case. That is why it is so important to tell your Jacksonville criminal lawyer everything when preparing a defense to any criminal charge.