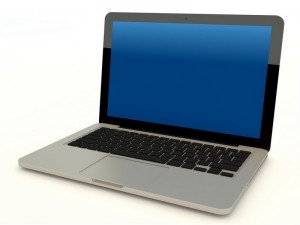 The Florida 4th District Court of Appeals set forth the law:

“‘Value’ is an essential element of grand theft that must be proven by the State beyond and to the exclusion of every reasonable doubt.’ Sanchez v. State, 101 So.3d 1283, 1286 (Fla. 4th DCA 2012). Section 812.012(10)(a) 1. states that ‘[v]alue means the market value of the property at the time and place of the offense, or, if such cannot be satisfactorily ascertained, the cost of replacement of the property within a reasonable time after the offense.’ § 812.012(10)(a) 1., Fla. Stat. (2009). In Lucky v. State, 25 So.3d 691, 692 (Fla. 4th DCA 2010), we outlined the two prong-test for determining whether the evidence of value elicited by the State at trial is sufficient to withstand a motion for judgment of acquittal. ‘First, the court must ascertain whether the person testifying is competent to testify to the value of the property,’ and second, ‘if the person is competent, the court must ascertain whether the evidence adduced at trial is sufficient to prove that the property was worth over $300 at the time of the theft.’ Id. (citations omitted).”

If we apply this two prong test to the Tindal case, we must ask: (1) was the owner of the laptop competent to testify as to it’s value and (2) if the owner was competent, was the evidence presented sufficient enough to show that the property was worth $300 or more at the time that it was stolen? This is how the Florida court answered these questions:

“The evidence regarding the value of the laptop came from the testimony of the owner and pictures introduced into evidence. Although presumed competent to testify as to the value of stolen property with regard to the first prong, the owner must demonstrate personal knowledge of the characteristics of the stolen property, such as the quality, cost, and condition of the property. Id. 692; Sanchez, 101 So.3d at 1286. Regarding the second prong, ‘[a]bsent direct testimony of the market value of the property, proof may be established through the following factors: original market cost, manner in which the item has been used, its general condition and quality, and the percentage of depreciation since its purchase or construction.’ Lucky, 25 So.3d at 692 (quoting Gilbert, 817 So.2d at 982). Evidence of the purchase price and age of the stolen item, without more, is insufficient. K.W. v. State, 983 So.2d 713, 715 (Fla. 2d DCA 2008)…. In this case, the only testimony the owner gave was that the laptop was purchased about two years prior to the theft for a price between $1,800 and $2,200, and that he used the computer for work. There was no direct testimony of the fair market value or the condition of the laptop at the time it was stolen. On cross-examination, the owner denied knowing the depreciated value of the two-year-old laptop.” Tindal, 145 So. 3d at 919-20.

Even though the state attorney entered photographs of the computer, this was “not enough to establish proof of the condition or depreciation of the laptop. Proof of cost when purchased, age since purchase, and vague testimony of use was insufficient proof of the market value of the laptop.” While the owner of the property did testify that the replacement cost was probably the same as the original purchase price, this was not sufficient either. It is established under Florida law that “[r]eplacement cost … is not appropriate under the theft statute unless the State first presents evidence that the market value could not be satisfactorily ascertained.” A.D. v. State, 30 So.3d 676, 678 (Fla. 3d DCA 2010). The state attorney in Tindal failed to present evidence “that the market value of the laptop could not be satisfactorily ascertained.”