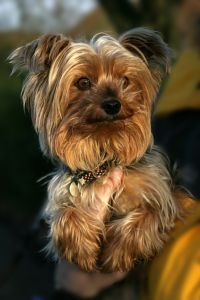 “Two 19-year-old women are accused of stealing a puppy from a pet store in Mandarin. Investigators say Lauren Jaffe and Brooke Seal stuffed an 8-week-old female Yorkshire terrier named Pippy into a purse at Pet World on San Jose Boulevard.   Both Jaffe and Seal are facing grand theft charges.   Police say Seal tried to return the dog through another woman after the crime.   The puppy is now back at the store.”

These two teenage girls are facing charges for felony theft in Jacksonville. Why is this a felony and not a misdemeanor? Why were they arrested for grand theft instead of petit theft? Is it because they stole a puppy? No. They were not arrested for grand theft because they are accused of stealing a dog. Instead, it is the value of the puppy that leads to the grand theft arrests. The puppy is probably worth $300 or more. This is grand theft. If the dog were valued at under $300, the girls would have either been arrested or issued a notice to appear citation for petit theft in Jacksonville.

Under Florida criminal law, the threshold amount between petit theft and grand theft is $300. There are certain items that a person can steal that are valued at less than $300 which would still be considered grand theft under Section 812.014 of the Florida Statutes.  Here is the list: