What started out as a Jacksonville driving under the influence traffic stop led to much more serious criminal charges.  After being accused of fleeing from police officers in a stolen vehicle, the driver is now facing felony charges for fleeing and attempting to elude an officer and grand theft auto in Jacksonville FL.  First Coast News of Jacksonville reported the story:

“A suspected drunk driver accused of leading police on a wild chase through Jacksonville in a stolen car Wednesday night now faces a list of charges, according to the Jacksonville Sheriff’s Office. The driver, identified in an arrest report Thursday as Oxzavian Jamal Jernigan, is charged with theft of a motor vehicle and fleeing or attempting to elude law enforcement officers, both felonies. He also faces misdemeanor charges of DUI, marijuana possession and driving without a proper license.”

Police have alleged that Jernigan was driving a Ford Focus, which was reported stolen on Sunday, and that he almost hit a motorcycle by swerving in and out of traffic. First Coast News further stated: 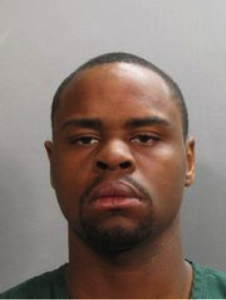 “An officer in a marked patrol car trailing behind watched as the Focus swerved between lanes and ran multiple red lights before making a sudden left turn onto Beach Boulevard. When the officer tried to pull the Focus over, Jernigan allegedly sped up to 70 miles per hour on Beach and exited onto Atlantic Boulevard where he kept weaving between lanes and nearly ran off the road several times. According to the report, Jernigan blew past another red light at the intersection of Atlantic and Kings Road and turned onto Hendricks Avenue. The officer used a PIT maneuver to stop the Focus in the 1000 block of Hendricks. That’s when, police said, Jernigan jumped out of the car and looked as though he might make a run for it. The officer took him into custody at gunpoint. Police skipped field sobriety tests, determining that Jernigan posed too much of a ‘flight risk,’ according to the report.”

Jernigan is 19-years-old, so he will be facing charges in adult circuit court due to the two felony charges, grand theft auto and fleeing and attempting to elude a police officer in Jacksonville.  If the judge believes that a criminal defendant is a flight risk, this will be taken into consideration when the judge sets a bond.  Also, where there is danger to other people, this could create aggravating circumstances that the state attorney and judge may consider during plea negotiations and sentencing.

Police searched Jernigan and found a bag of marijuana.  Since the news report stated that he was charged with misdemeanor possession of marijuana in Jacksonville, he had less than 20 grams of cannabis.  If the police are alleging that he was under the influence of marijuana at the time that he was driving, this evidence may also be used against him for the DUI charge.

As a Jacksonville criminal lawyer, one of the defenses that I see to the driving under the influence charge is a lack of evidence.  The defendant’s erratic driving pattern may be attributed to many other factors.  For instance, Jernigan was driving a stolen car.  Since it was not his car, he likely did not care about damaging it.  He was also running from police, so he would be driving erratically to get away from police.  Since police did not give him field sobriety tests, this creates a lack of evidence as to the DUI charge.  The Jacksonville news report did not state what other evidence is being used to show that he was driving under the influence of alcohol or a controlled substance to the point that his normal faculties were impaired.

The problem with a Jacksonville criminal attorney making this argument for Jernigan’s DUI charge is that, basically, she is admitting that he stole the vehicle and fled from police, which are the more serious crimes considering they are felonies and the DUI charge is a misdemeanor.  The article also stated that Jernigan is facing charges for “driving without a proper license.”  It does not state the type of driving offense he is accused of committing.  It could be driving without a valid drivers license or driving on a suspended license in Jacksonville.  If he is charged with driving on a suspended license, this could be used against him, along with the DUI conviction, to make him a Florida habitual traffic offender.