Duval County has started early voting and the elections will be held on Tuesday. The two most notable races are the race for major and the race for sheriff. There are campaign signs posted all over the city of Jacksonville. Sheriff John Rutherford is not running for re-election, so the Jacksonville Sheriff’s Office will have a new sheriff as a result of this month’s election. There are seven candidates for Sheriff.

The candidates and their supporters are trying to achieve victory in this election. Yesterday, Channel 4 News in Jacksonville reported a story about a campaign supporter that is accused of going too far. The story was about a young man who was arrested for petit theft in Jacksonville after stealing campaign signs. In an article, Accused Campaign Sign Thief Apologizes, the local media reported:

“A candidate for sheriff is dealing with a potential blow to his campaign after a supporter of Jimmy Holderfield was arrested on charges he stole a competitor’s signs. According to the arrest report, Curtis Green, 22, was caught on camera stealing signs of one Mike Williams. Green was charged with petty theft. Green did get an attorney Thursday and apologized for the incident…. The alleged thefts happened outside a business in Marietta. Investigators said surveillance cameras caught Green getting out of his vehicle and stealing signs from Williams. Police have three separate video files of this…. There were multiple Holderfield campaign signs at Green’s Westside home, just minutes from where the thefts occurred.”

Green is facing misdemeanor Jacksonville theft charges for this incident. It appears that Hoderfield’s campaign was not aware of Green’s action prior to the petit theft arrest: 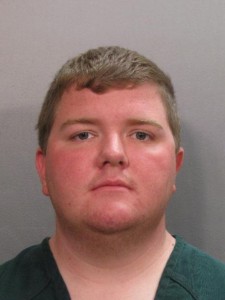 “The Holderfield campaign referred to Green as simply a supporter. News4Jax reached out to them for comment and the campaign released a statement, ‘We are disappointed to hear of an incident involving a young, overzealous supporter who demonstrated extremely poor judgment by removing an opponent’s campaign sign. While we appreciate all our supporters, there is absolutely no excuse for such wrongful conduct.’ News4Jax also contacted Williams’ campaign, who had the signs stolen and Williams said Holderfield called to apologize. ‘Not too long ago I got a call from Jimmy saying he was sorry it happened,’ said Williams. ‘He was talking about the importance of running a clean campaign and he feels like he has run a clean campaign up until this point’…. News4Jax also asked the Holderfield campaign if he could comment about the incident and the campaign said he was tied up preparing for the debate, [which] airs on Channel 4 Thursday at 8 p.m. Thursday.”

There have been several thefts associated with elections in Jacksonville as News4jax reported, “multiple campaigns said sign theft is a problem citywide.” While people may not think that it is a big deal to steal these signs, it could have long-term effects on the defendant. An arrest for petit theft will show up on a Florida criminal background check.