For instance, it is a defense to the charge of leaving the scene of an accident if the driver did not know that he or she was involved in a car accident. The Florida Supreme Court explained this in a recently-released case. In State v. Dorsett, the Florida Supreme Court decided whether the standard Florida jury instruction for leaving the scene of an accident under Section 316.027 should state that the driver must have had actual knowledge of the accident. The Court answered this question in the affirmative. This Florida hit and run law “requires the driver involved in a vehicular crash to stop, provide assistance to anyone injured, and provide information to others and the authorities.”

The facts of this case are as follows: 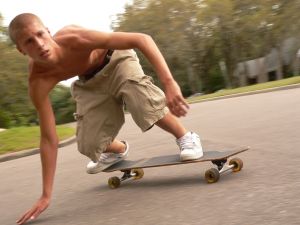 “The State charged the [Zachariah Dorsett] with leaving the scene of a crash involving injury. He entered a not guilty plea and proceeded to trial. There, the officer who stopped the defendant testified that the victim was on his rear end in the crosswalk when he was hit by the truck. The victim went underneath the truck and was dragged almost ninety feet. There was no evidence of braking, skid marks, brake lights, evasive steering, or a change in speed. There was no damage to the front of the truck. Several witnesses testified that they saw the accident. One saw the truck’s wheels go over the victim’s body and heard the truck ride over him. A worker testified that he heard the accident from one of the upper floor patios of a building where he was installing windows; he saw the victim skateboard into the street, go underneath the truck, and be dragged down the street. His co-worker testified that he saw the skateboard being spit out from under the truck’s right rear tire and heard the skateboard crack in two. He also saw the back right tire of the truck actually raise up or jump up. Another eyewitness testified that she was in a car at the light when she heard a loud noise at impact through her closed window. Another witness testified that he was about seventy-five to one hundred yards away from the road when he heard a loud thud and the sound of cracking wood…. A second officer testified that he pulled the defendant’s vehicle over within minutes of the accident. The defendant immediately jumped out of the truck and appeared very nervous.”

The Florida Supreme Court found that the trial court did this in error. The Court held that “the State must prove beyond a reasonable doubt that the driver had actual knowledge of the crash, an essential element of the crime of leaving the scene of a crash.”  The court explained its reasoning:

It is important to note that this does not apply to knowledge of the injury. The court pointed out the defendant does not need actual knowledge of the injury stating, “criminal liability under section 316.027 requires proof that the driver charged with leaving the scene either knew of the resulting injury or death or reasonably should have known from the nature of the accident and that the jury should be so instructed….one cannot ‘willfully’ leave an accident without awareness that an accident has occurred.”