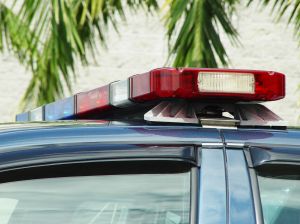 When is a stop unlawful?

When a police officer stops a vehicle, he is bound by the Fourth Amendment of the United States Constitution. A police officer may stop a car as part of an investigation, but he or she must also abide by the law before doing so. When police officers are patrolling, they are alerted about a crime that has been committed in the area. If a witness gives a description of the suspect, the police are given BOLO information. BOLO stands for “be on the look out” and causes police to search for an individual fitting the description as set forth in the BOLO.

On Wednesday, a Florida appellate court ruled on a case concerning a BOLO investigatory stop of a criminal defendant. The defendant was convicted of robbery with a firearm after the trial court denied his motion to suppress.   The appellate court found that the trial court should have granted the defendant’s motion to suppress, because the police lacked reasonable suspicion of criminal activity to stop and detain him. Gaines v. State, 4D13-686 (Fla. 4th DCA 2015). When ruling on the issue of whether or not this was a valid stop, the Florida Fourth District Court of Appeals referred to the two cases below, one of which is a Jacksonville criminal case.

“An investigatory stop involves Fourth Amendment protections; thus, in order to justify an investigatory stop of an individual or a car, an officer must have a reasonable, well-founded suspicion that the person has committed, is committing, or is about to commit a criminal offense. See Williams v. State, 454 So.2d 737 (Fla. 2d DCA 1984). A ‘founded suspicion’ is a suspicion which has some factual foundation in the circumstances observed by the officer, when those circumstances are interpreted in the light of the officer’s knowledge. See Hunter v. State, 660 So.2d 244, 248 (Fla.1995); see also Walker v. City of Pompano Beach, 763 So.2d 1146 (Fla. 4th DCA 2000). 4 Several factors are relevant in considering a vehicle stop pursuant to a BOLO: the length of time and distance from the offense, route of flight, specificity of the description of the vehicle and its occupants, and the source of the BOLO information. See Sumlin v. State, 433 So.2d 1303, 1304 (Fla. 2d DCA 1983). Other information which is relevant to determine the validity of the stop includes the time of day, the absence of other persons or vehicles in the vicinity of the sighting, any other suspicious conduct, and other activity consistent with guilt. See Pierre–Louis v. State, 682 So.2d 669, 670–71 (Fla. 4th DCA 1996).” Sapp v. State, 763 So. 2d 1257, 1258-59 (Fla. 4th DCA 2000)

In Sapp, the Florida appellate court held that defendant’s motion to suppress should have been granted. “The BOLO issued in this case was too general to create any legal justification to stop appellant’s car. The BOLO provided no information as to the speed, direction, make or model of the car, the car was stopped some 2 ½ to 3 ½ hours after the BOLO was issued, Officer Fuller did not testify that appellant engaged in any suspicious conduct or activity consistent with guilt.”

Problems with police stopping vehicles without reasonable suspicion has also occurred in Jacksonville FL. The Fourth DCA referred to James v. State to show that the stop of defendant’s vehicle was unreasonable:

“The dispositive issue is whether Officer Brown had a ‘founded suspicion’ that appellant had committed the robbery. We find that he did not. A founded suspicion need not be sufficiently fact based to rise to the level of probable cause for arrest, but it must be sufficient to draw the officer’s attention to something more specific than a wide, unparticularized range of potential suspects. Here, the BOLO provided several very specific identifying characteristics which, if matched with someone in the area, would clearly have been sufficient to conduct a Terry stop. However, Officer Brown did not match all, or even several, of those factors before making stops. As to appellant, Brown knew only that appellant was a black male, traveling in a pickup truck, in the general area toward which a black male robbery suspect had traveled, on foot, several minutes earlier. As was recognized in Franklin v. State, 374 So.2d 1151 (Fla. 3rd DCA 1979), cert. denied, 388 So.2d 1113 (Fla.1980), the color of a person’s skin, although an identifying factor, is insufficient by itself to adequately narrow the scope of an officer’s identification procedure. Id. at 1154.”  James v. State, 556 So. 2d 791, 792-93 (Fla. 1st DCA 1990)