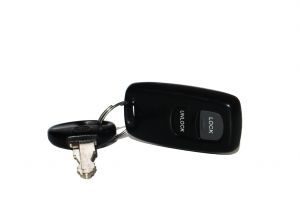 As a Jacksonville drivers license lawyer, I have helped people that have had problems with their driving records and traffic citations. Some Jacksonville traffic tickets are civil citations. They are not criminal charges, but may lead to points on your license that could result in a Florida drivers license suspension. Other tickets are actually criminal charges. A criminal traffic ticket or notice to appear citation will create a criminal record even though it looks like a civil traffic ticket. If you do receive a ticket, contact 20 Miles Law at (904) 564-2525 to speak with a Jacksonville lawyer that has experience handling civil and criminal citations.   You may also send an email to Find a Lawyer.

Jacksonville Driving Under the Influence Arrest: Driving under the influence of alcohol or a controlled substance is often referred to as DUI or DWI. An arrest may cause your drivers license to be suspended. A DUI drivers license suspension may range from 6 months to a lifetime.  Read Florida Statute Section 316.193 for more details.

Racing on Highways Ticket: Florida Statute Section 316.191 applies to racing on highways. If you are caught racing on a highway, your license may be suspended for one year. Subsequent violations could lead to a longer suspension.

Jacksonville Criminal Mischief Charges: Under Florida Statute Section 806.13, “In addition to any other penalty provided by law, if a minor is found to have committed a delinquent act under this section for placing graffiti on any public property or private property, and the minor is eligible by reason of age for a driver license or driving privilege, the court shall direct the Department of Highway Safety and Motor Vehicles to revoke or withhold issuance of the minor’s driver license or driving privilege for not more than 1 year….”

There are other ways that your drivers license may be suspended. If you are issued a ticket or arrested, speak with a Jacksonville criminal attorney about your case.