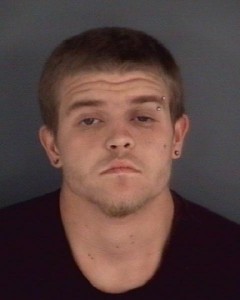 Right to Attorney for Burglary Suspects

“Deputies were called to a car burglary at a home on Pine Tree Lane about 2:30 a.m. When they arrived, the victim said he and his girlfriend arrived home early Tuesday morning to find a white man wearing dark clothing getting out of his car, which was parked in the driveway. When the victim spotted the suspect, the suspect fled westbound on Pine Street, deputies said. Deputies set a perimeter around the surrounding area by, and a K-9 search revealed the suspect hiding in the yard of a neighbor, deputies said. When the suspect was captured, the victim was able to identify him as the same man they spotted leaving his vehicle, deputies said. They said they also found that cologne, boots, a prescription note and a pack of cigarettes were missing from the vehicle, and those items were later located by deputies.”

Because Bennett is legally an adult, he will face these Florida burglary charges in adult court instead of a Florida juvenile criminal court.  Burglarizing an automobile falls under the burglary to a structure or conveyance law.  This is a third-degree felony.

The Jacksonville Channel 4 News article did not state whether or not Clay County detectives questioned Bennett after his arrest.  In most cases, the police will try to question the suspect.  They will try to obtain a confession that supports the burglary arrest.  Miranda rights must be read or the confession may be suppressed.  The defendant must be advised that he has the right to an attorney.  In this case, the defendant will not only want to speak with a Clay County lawyer about this case.  He will likely also need the help of a Clay County attorney, because it appears that he is a suspect in other automobile burglaries in Middleburg and police want to question him about this.  The news article further stated:

“There were 50 car burglaries reported in Middleburg in a recent four-week period, deputies said. They said that in every case the vehicle doors were left unlocked so the crooks entered and exited the cars unnoticed, stealing money and personal items. Deputies said the specific area targeted by thieves were neighborhoods within the quad of Blanding and Alligator boulevards, Hibiscus Avenue and County Road 218. Detectives said they’re now working to determine if Bennett is connected to the dozens of previous cases mentioned above and if he has any accomplices.”

Bennett has the right to an attorney.  There is nothing wrong with him exercising his constitutional rights, especially with the possibility of multiple burglary allegations.  A Jacksonville criminal lawyer can defend cases in many different ways, ranging from criminal procedure violations to problems with the evidence.