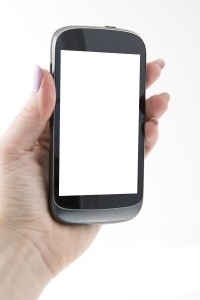 The 4th Amendment of the United States Constitution prohibits unreasonable searches and seizures. The 4th Amendment is applied to the States through the 14th amendment. These amendments are meant to protect our liberties. The Constitution and the laws that govern us are interpreted by the courts. In Florida, the district courts of appeal and the Supreme Court make these interpretations. One of the issues that is often presented to the courts on appeal have to do with violations of the 4th amendment and unlawful searches or seizures. An unlawful search or seizure is challenged at the trial level. For example, a defendant is arrested for possession of cocaine in Jacksonville after a search of his vehicle. After reviewing the facts of his case and the law, his Jacksonville criminal attorney files a motion to suppress the drugs based on the fact that the Jacksonville Sheriff’s Office violated the 4th amendment when searching the vehicle. The judge denies the motion to suppress. The appellate court reverses the case and writes an opinion as to why the defendant’s motion to suppress should have been granted. This opinion is known as “case law” and can be used as a reference for future cases.

Are the Police Allowed to Search your Cellular Telephone in Jacksonville Florida?

According to Florida Supreme Court, cell phones are not within the “search incident to arrest” exemption to the warrant requirement. When you are lawfully arrested, the police may conduct a search. This is a search incident to an arrest, and it is limited. Police are permitted to search your person and the areas in your immediate reach. The courts have interpreted and are still interpreting how far this exemption allows police searches to go. Smallwood v. State is the Florida Supreme case that has decided how the search incident to an arrest exemption is applied in reference to cellular telephones. This is a Jacksonville Florida case. In this case, the defendant was charged with armed robbery. The facts are as follows:

“On March 10, 2009, more than a year after Smallwood’s arrest, and just before the commencement of trial, Officer Brown revealed to the prosecutor that after he had seized Smallwood’s phone and separated Smallwood from the phone by securing him in a police vehicle, Brown accessed and searched for data on the phone. There is nothing in the record to suggest that Brown conducted this search based upon a concern for officer safety or destruction of evidence. During the search, Brown found and observed five digital images that appeared to be relevant to the robbery. Before the prosecutor viewed the images on the phone, the prosecutor informed defense counsel of these developments, and the prosecutor then sought to obtain a search warrant to view the images…. Defense counsel objected to admission of the photos found in the phone, contending that although the State had obtained a search warrant before the prosecutor utilized the photos, the State’s actions did not cure the illegality of the initial search of Smallwood’s phone by Brown. The defense argued that Smallwood had a reasonable expectation of privacy in the data and information stored within his mini-computer cell phone, and the search-incident-to-arrest exception to the warrant requirement did not apply because the search was not conducted for the purpose of preserving evidence. The trial court held that the search of the phone was legal, and defense counsel subsequently filed a written motion to suppress the information and data in the form of photo images obtained from the cell phone.”  Smallwood v. State, 113 So. 3d 724, 727 (Fla. 2013), reh’g denied (July 30, 2013)

The Florida Supreme Court agreed with the defendant and stated:

“In our view, allowing law enforcement to search an arrestee’s cell phone without a warrant is akin to providing law enforcement with a key to access the home of the arrestee. Physically entering the arrestee’s home office without a search warrant to look in his file cabinets or desk, or remotely accessing his bank accounts and medical records without a search warrant through an electronic cell phone, is essentially the same for many people in today’s technologically advanced society. We refuse to authorize government intrusion into the most private and personal details of an arrestee’s life without a search warrant simply because the cellular phone device which stores that information is small enough to be carried on one’s person.” Smallwood v. State, 113 So. 3d 724, 738 (Fla. 2013), reh’g denied (July 30, 2013)

This Jacksonville Florida case shows that a search incident to arrest does not include the search of a cell phone.  Every case is different.  A change in facts could change the outcome of a case, so it is important to discuss this with a Jacksonville criminal lawyer.