The maximum jail sentence for a Jacksonville leaving the scene of an accident involving damage to property charge is 60 days in the Duval County Jail. This can be found in Florida Statute Section 316.061(1) which states:

“The driver of any vehicle involved in a crash resulting only in damage to a vehicle or other property which is driven or attended by any person shall immediately stop such vehicle at the scene of such crash or as close thereto as possible, and shall forthwith return to, and in every event shall remain at, the scene of the crash until he or she has fulfilled the requirements of s. 316.062. A person who violates this subsection commits a misdemeanor of the second degree, punishable as provided in s. 775.082 or s. 775.083.”

Today, I read an article on News4jax, a local Jacksonville news website, about a man that was sentenced to 60 days in the Duval County jail for a hit and run accident. The articled set forth the following facts: 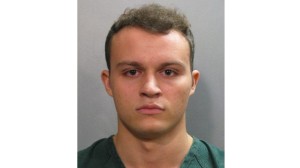 Jacksonville man sentenced in leaving the scene of accident case.

“55-year-old Paula Abdullah was walking home from work along New Berlin Road on the Northside around 9:45 p.m. on May 6 when she was hit and killed. At the time, the incident was labeled a hit-and-run, but the next day, after seeing news reports, 22-year-old Brandon Fruscella came forward, saying he thought he’d hit a mailbox. After an investigation, Fruscella was charged only with leaving the scene of an accident.  Monday morning at Fruscella’s sentencing hearing, the judge gave Fruscella the maximum penalty for a second-degree misdemeanor, which is 60 days.”

With the Florida leaving the scene of an accident laws set forth above, you may be wondering how Fruscella only received 60 days in jail with an accident that caused death. This is due to the “knowledge” element for leaving the scene of an accident causing death. The Florida Supreme Court has held “that criminal liability under section 316.027 requires proof that the driver charged with leaving the scene either knew of the resulting injury or death or reasonably should have known from the nature of the accident and that the jury should be so instructed.” State v. Mancuso, 652 So.2d 370, 372 (Fla. 1995). In Fruscella’s case, it appears that the Duval County State Attorney’s Office was unable to prove that Fruscella knew that he caused injury to a person.