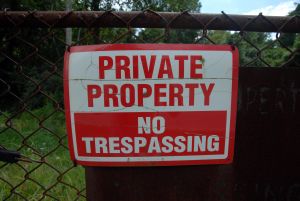 What is the definition of “highway”?

If you were convicted of driving on a suspended or revoked license in Jacksonville, you were likely stopped by a police officer on a public street and arrested or issued a Jacksonville traffic ticket. In most driving with a suspended or revoked license cases, the driver is stopped for a traffic infraction. For example, the driver is stopped for speeding. After the police officer runs his or her drivers license, the officer issues two citations: a Florida speeding ticket and a ticket for the suspended license. This is a basic scenario, but a change in facts can change the case and the outcome.

In any Jacksonville criminal case, the State of Florida has the burden of proof. This means that the prosecutor must prove all elements of the crime charged. The burden is not on the defendant and his or her Jacksonville criminal lawyer. Instead, the Jacksonville criminal attorney presents evidence to defend the case after the state has proved his or her case. The evidence is presented at trial. Prior to the case going to trial, there are other court dates that consist of pretrial hearings and motion hearings. In some cases, the defendant has grounds for dismissal. If so, his or her Jacksonville criminal attorney will file a motion to dismiss. An example of this for a driving on a permantely revoked license can be seen in Galston v. State, 943 So. 2d 968 (Fla. Dist. Ct. App. 2006). In this case, Kevin Galston was charged with driving while his license was permanently revoked. This was a violation of 322.341, Florida Statutes (2005). He appealed his sentence. Galston was not arguing that he was not driving or that his Florida drivers license was not revoked. Instead, his defense was based on the fact that he “was not driving on a ‘highway’ as defined in section 322.01(38), Florida Statutes (2005).” The facts of his case were as follows:

“In April 2005, a Florida Fish and Wildlife Commission officer observed Galston fishing and then driving on the premises of the Richloam State Fish Hatchery, which was closed to the public during a construction project. He was charged with driving while license permanently revoked and fishing without a license. He does not appeal his conviction for fishing without a license. Galston filed a motion to dismiss pursuant to Florida Rule of Criminal Procedure 3.190(c)(4), alleging that the ‘construction site upon which the Defendant was driving was not open to the public for purposes of vehicular traffic.’ Scott Watson, construction manager of the project at the hatchery, testified that construction began in 2004 and was scheduled to be completed in June 2006. The construction company posted signs at the entrance to the property designating the property as a construction site and requiring all visitors to check in at the office. Watson testified that Galston was employed by the construction company as a pipe foreman on the project, but he was unsure as to whether Galston was on the job at the time he was stopped, which was a Saturday about 12:10 p.m.” Galston v. State, 943 So. 2d 968, 969-70 (Fla. Dist. Ct. App. 2006)

The prosecutor and defense attorney disagreed as to the definition of “highway” for the purpose of this charge. It was the State of Florida’s position that the proper definition was Florida Statute Section 633.021(12) which reads:

“Highway” means every way or place of whatever nature within the state open to the use of the public, as a matter of right, for purposes of vehicular traffic and includes public streets, alleys, roadways, or driveways upon grounds of colleges, universities, and institutions and other ways open to travel by the public, notwithstanding that the same have been temporarily closed for the purpose of construction, reconstruction, maintenance, or repair. The term does not include a roadway or driveway upon grounds owned by a private person.

“Street or highway” means the entire width between the boundary lines of a way or place if any part of that way or place is open to public use for purposes of vehicular traffic.

The Florida Appellate Court ruled in favor of the defendant and held:

“The trial court added language from section 633.021(12) to the definition in section 322.01(38). This additional language broadened the definition of ‘highway’ to favor the State and prejudice the defendant. Such action violated the expressly stated directives of the Legislature regarding the use of such definitions and violated the rule of lenity. Accordingly, the trial court should have granted Galston’s motion for judgment of acquittal. The evidence at trial was undisputed that the area in which Galston was driving was closed to the public.” Galston v. State, 943 So. 2d 968, 971-72 (Fla. Dist. Ct. App. 2006)